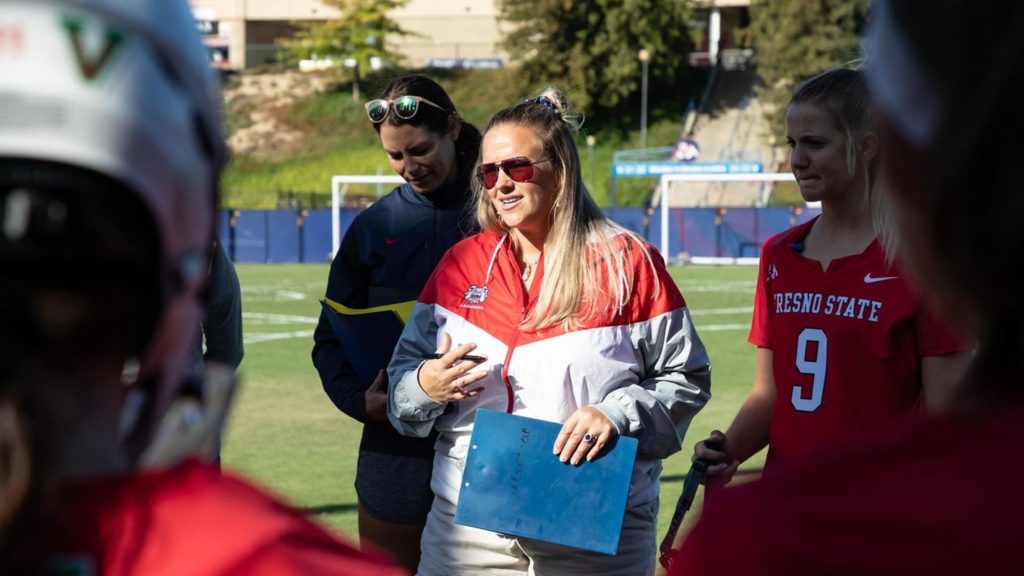 “I am proud of the progress that this Fresno State women’s lacrosse program has made, from earning its first win in my first season to developing into a competitive team with some great wins these past few years,” Giglio said in a statement.

“I have enjoyed the challenge of growing the sport on the West Coast, a non-traditional area for lacrosse. And now I am looking forward to focusing my energy on starting our family and the next chapter in our lives. I wish the program continued success.”

The Bulldogs play their first game of the season on Feb. 15 at Furman and have two home exhibition matchups on Jan. on Jan. 25 and Feb. 1 against UC Davis and USC, respectively.

“We thank Coach Giglio for her contributions to Fresno State Athletics,” athletic directory Terry Tumey said in a statement. “She was dedicated to building the lacrosse program for the last eight seasons and we appreciate her efforts. We wish her the best in her future endeavors.”

Giglio took over the Bulldogs in 2012 in the program’s fourth year in existence. Before Giglio arrived, the Bulldogs had not won a regular season match, going a combined 0-42.

Fresno State improved to 3-10 in Giglio’s first season and posted similar results each season until the ‘Dogs broke through in 2017 with a 9-7 record, the first winning record in program history. The Bulldogs posted a .500 record the last two seasons.

Assistant coach and former player Kara Concheck was named the interim head coach. She served as the head coach of St. Francis from 2015-2018.