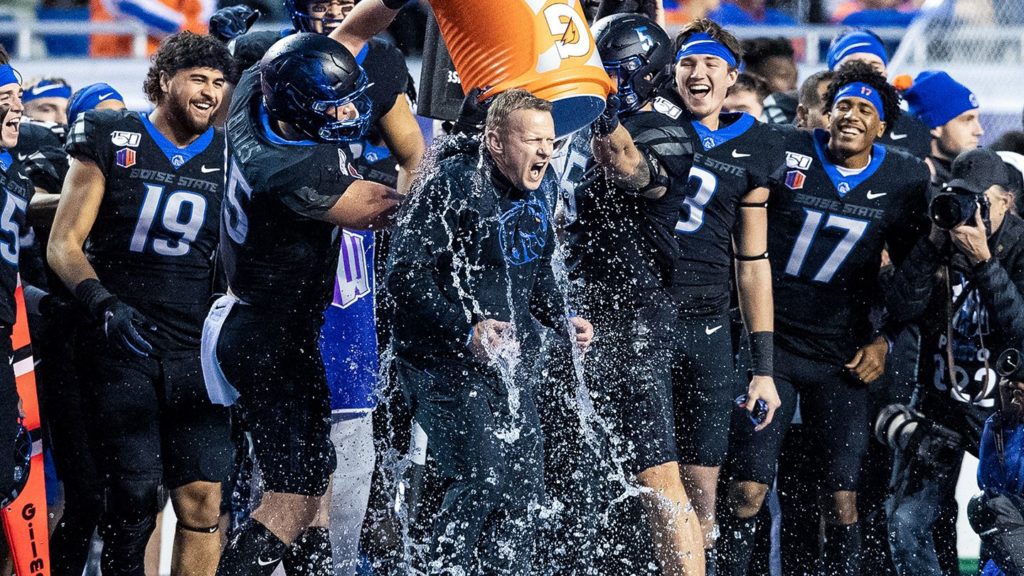 Boise State’s relationship with the Mountain West is deteriorating, which could lead to a shakeup in the conference.

The university filed a legal complaint on Jan. 17 against the Mountain West alleging that the conference violated the terms of the re-entry agreement the two parties struck in 2013.

At the time, Boise State was exploring the possibility of moving its football program to the Big East, a conference that had automatic qualification status with the Bowl Championship Series. That status guaranteed at least one conference member a spot every year in the Sugar Bowl, the Orange Bowl or the Fiesta Bowl.

However, the Big East fell apart as 11 of its 14 members left for other conferences. Boise State then backed out and made a deal with the Mountain West to rejoin the conference.

Upon returning to the conference, Boise State and the Mountain West agreed that the university would be able to sell its home football games as a separate package from the TV deal for the rest of the league.

In an amendment to the re-entry agreement, the Mountain West agreed to give Boise State a $1.8 million bonus every year in addition to the equal share that every school receives from the conference’s TV revenue.

The Mountain West recently signed a new TV deal with Fox and CBS in which Boise State would receive more than $5 million annually, including the $1.8 million bonus.

On Jan. 9, Mountain West commissioner Craig Thompson announced that this deal would be the last one where Boise State’s home games were sold separately. Boise State is saying that it never agreed to the deal in the first place and that Thompson’s announcement goes against the 2013 agreement.

Also, the university alleges that the conference will halt the bonus payments at the end of the new TV deal after the 2025-2026 season.

If the two sides do not come to an agreement, Boise State could look to move to another conference, such as the American Athletic Conference, the successor to the now-defunct Big East.