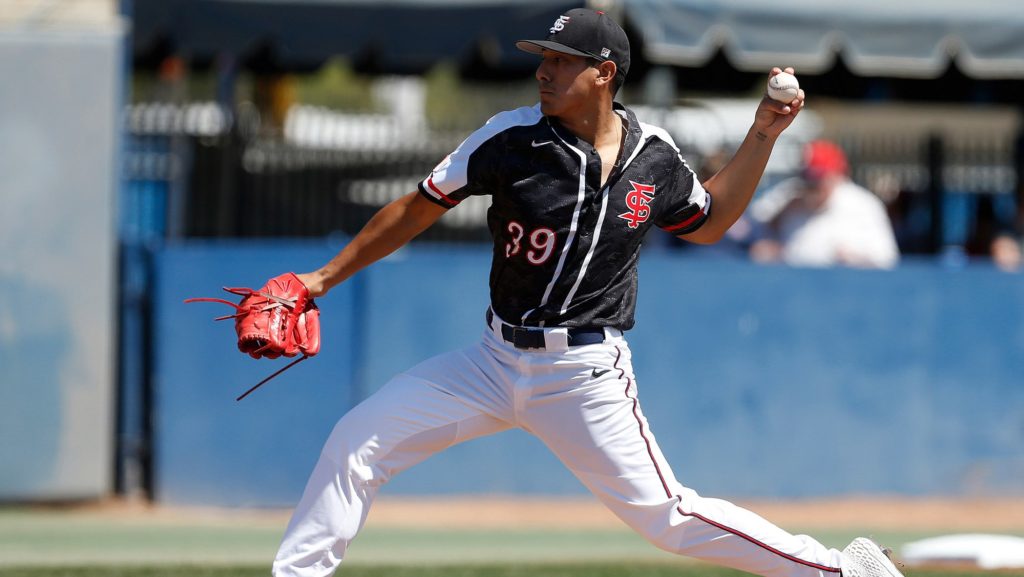 Fresno State baseball is back in action. The Bulldogs open the season with a three-game series against UC Irvine, starting Friday at Pete Beiden Field.

The Bulldogs are coming off their best year since 2012. The 2019 squad went 40-16-1, won the Mountain West regular season and tournament championships, and they made it to the NCAA Tournament.

Now the Bulldogs are ready to start the 2020 season without the stars from last year’s squad, but that’s nothing new for head coach Mike Batesole, who is in his 18th season at Fresno State.

“I don’t think I’ve slept since last Sunday,” Batesole said. “We finished our scrimmage up, and from that point on we’ve been really looking forward and throwing lineups around as a staff. I don’t think any of us wants to scrimmage each other again. Ready or not, it’s time to play somebody else.”

That leaves the current Bulldogs with some big shoes to fill. Even if the Bulldogs regress in 2020, they shouldn’t fall far. Fresno State was picked to finish second in the Mountain West coaches poll, so, clearly, the ‘Dogs have the talent to put together another run at the conference title.

It all starts with the pitching for Fresno State, which will be the key factor as the hitters acclimate to their new roles.

“I think that’s where it’s going to be all year,” Batesole said. “We’ve got some guys returning that did some great things in their small roles last year, and they’re going to be asked to take on bigger pieces.”

Good thing Jaime Arias and Oscar Carvajal are two of the best pitchers in the Mountain West.

Arias gets the nod as the opening-day starter Friday. He came out of the bullpen last year and was one of the best at his craft. He posted a 3.28 ERA and had 59 strikeouts compared to 14 walks. Opponents batted .227 against him.

“It’s a big role,” Arias said. “I feel like last year was a big role as well, so they kind of set me up pretty well. Last year was the closing spot, so the pressure was on here and there.”

Carvajal also came out of the ‘pen and had similar success – a 2.68 ERA, 48 strikeouts, 10 walks and held opponents to a .239 batting average. He is slated to start on Saturday.

Zach Presno will slide into the catcher role full-time after playing first base for most of last season. The junior is the most experienced player in the lineup.

He had the lowest batting average of the starters last year (.221), but he was second with 10 home runs and should continue to improve.

“I think we have a lot of confidence,” Presno said. “We were pretty lucky to have a big atmosphere last year, so we were able to grow a lot of confidence. It doesn’t matter who’s on the mound, who we’re playing. It’s a nameless, faceless opponent. We just go out there every day and do what we do.”

The rest of the lineup is harder to put together, and Batesole isn’t expecting the same defensive excellence to start.

“Offensively, we’re going to have to find ourselves,” Batesole said. “We’re more concerned about what we’re going to do on the infield defense. It was so good last year. There’s something about pitching, when you made the right pitch, don’t even have to turn around. It’s an out. With all the new guys, when the ball’s hit, you can fake it all you want, but you’re going to be holding your breath until they earn that confidence.”

Junior infielder Emilio Nogales and junior outfielder Nate Thimjon both played in over 50 games and should be in for full-time starting roles.

Expect several sophomores to step up and fill out the rest of the lineup, such as Matt Ottino and Jeff Jamison.

Fresno State’s first test of the season will be a tough one. UC Irvine went 37-17 and returns one of the best pitchers in the country

The Bulldogs will get their first action Friday night against a UC Irvine team that is coming off a 37-17 season. All-American pitcher Trenton Denholm will take the mound against the ‘Dogs. He pitched to a 1.81 ERA, 93 strikeouts, and opponents batted .178 against him last year.

“The way he pitches matches his numbers,” Batesole said. “He threw about 1,300 pitches last year. I’ve watched most of them, and opponents hit .178 off him. So he’s a big-time Friday night guy. That’s why he’s a preseason All-American.”

It doesn’t get much easier for Fresno State following the UC Irvine series. The Bulldogs host Washington the following weekend and go on the road to Arizona State in March. The Mountain West schedule starts with Nevada on April 3.