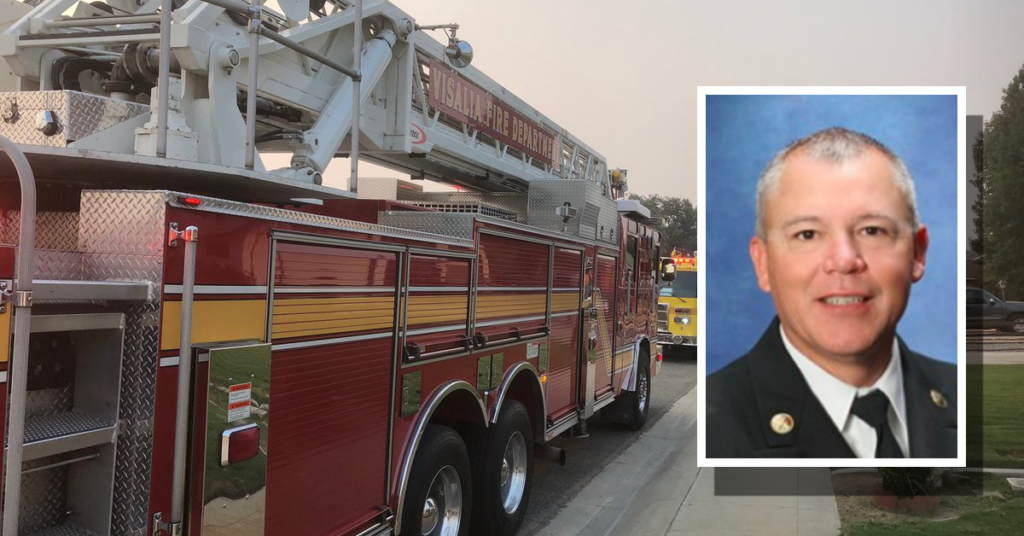 26-year Visalia Fire Department veteran Doyle Sewell will take charge of the department on Monday, the City of Visalia announced.

Sewell will serve as interim Fire Chief for the city following the retirement of Doug McBee. McBee’s last day with Visalia Fire was Friday.

Sewell is coming out of retirement to take the interim chief position. He last served as a battalion chief with Visalia Fire from 1999 to 2015.

“It’s a pleasure to be coming back to the fire service, particularly in the 150th anniversary year of the Visalia Fire Department,” Sewell said in a statement. “I look forward to once again joining the ranks of the Department and serving the community and the organization that I love.”

Similar to Sewell, McBee was a career firefighter with 42 years of total firefighting experience. He spent six of those years with the City of Visalia.

“We are all genuinely sad to see Chief McBee leaving, but he has served this community well, and with great integrity,” Visalia City Manager Randy Groom said. “We wish Doug only the best as he enters the well-deserved retirement chapter of his life.”

The City is preparing a search process for a permanent Fire Chief for the department, City spokeswoman Allison Mackey said in a release.