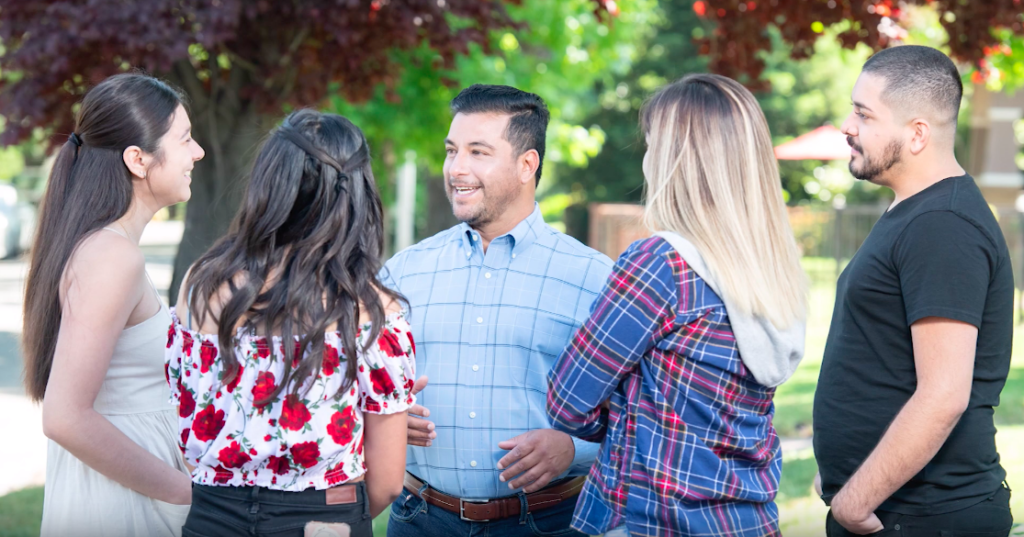 When Carlos Villapudua heard the 13th Assembly District seat was opening up, he knew this is the perfect time to run.

Villapudua announced Wednesday he will pull once again the trigger for the legislature. He previously ran in 2018, but didn’t make it past the primary.

“It’s a different feeling,” Villapudua said. “I feel more confident in this. In the last race I ran – I’ll be honest – I knew it was a hard battle to go against an incumbent. This one, I’m ready. I am excited about this one.”

Villapudua said associates from Sacramento pushed him to run last time, even though he knew it would be difficult to challenge the incumbent, Asm. Susan Eggman (D-Stockton).

The goal was to gain name recognition in Stockton and Lodi to prepare himself for when Eggman eventually moved on. It was essentially a rehearsal.

Now that Eggman, who has been in the position since 2012, decided to run for the State Senate 5th District seat, Villapudua feels it’s his time to represent the people of Stockton, Lodi and the surrounding area that make up the 13th District.

When he was on the board, he was the only Democrat, but that didn’t cause any friction with the other four Republican Supervisors. He feels that his experience crossing the aisle and working with Republicans will be a valuable asset for the state legislative work in Sacramento.

“I would always support them, and then when it came time for me to ask for something, it was no questions asked,” Villapudua said. “In fact, all of them are supporting me through this race. And that’s exactly what Sacramento needs, a person that knows how to work with all aisles – that can reach over.”

If Villapudua is elected, he wants to bring the California State University system to Stockton.

He’s also an avid supporter of vocational programs, due in part to his experience in trucking. As the economy continues to evolve, Villapudua pointed to high salaries that vocational workers are taking home.

The other candidates in the race so far are San Joaquin County Supervisor Kathy Miller and Stockton City Councilwoman Christina Fugazi.

“I’m going to be that guy just like I had been at the board,” Villapudua said. “I was like the glue. I would always try to figure out how to help these guys. That’s what I’m going to bring to Sacramento.”