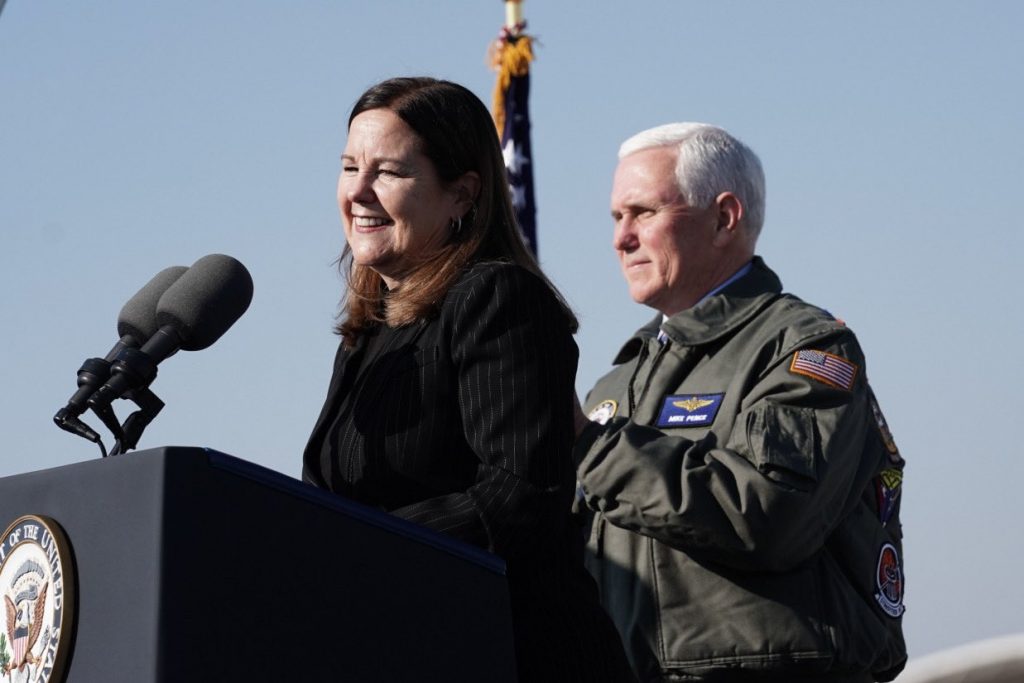 As they prepare to exit their time serving in the White House, Vice President Mike Pence and Second Lady Karen Pence spent the weekend making one final official visit before President-Elect Joe Biden is inaugurated.

The couple touched down at Naval Air Station Lemoore Saturday afternoon to speak with military families.

The visit was complete with a surprise flyover just after Air Force Two touched down.

“Thanks for the warm welcome, thanks for the flight jacket,” said Vice President Pence while wearing the bomber jacket he was gifted upon arrival.

During one of his last public appearances before leaving office next week, Pence says the Trump Administration has worked everyday since the beginning to strengthen U.S. military forces.

“We’ve rebuilt our military, we’ve restored the arsenal of democracy and we’ve enacted the largest increases in our national defense since the days of Ronald Reagan,” said the Vice President.

Pence touted tearing down Isis, the withdrawal from the Iran Nuclear Deal and the defeat of Iran’s top general Qasem Soleimani.

“Thanks to American leadership, a more peaceful middle east is with our sights,” said