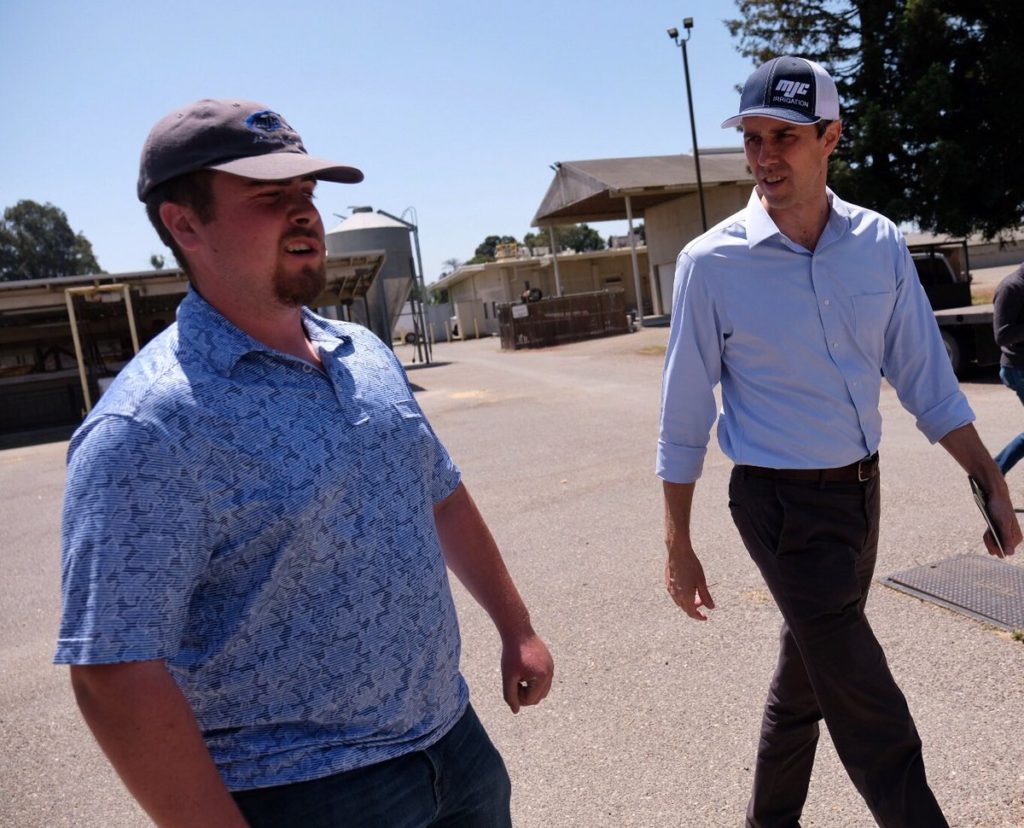 On the heels of unveiling his climate plan today, @BetoORourke is holding a roundtable discussion in Modesto, CA with activists, scientists, ranchers and educators on climate change. It is suuuuuuper wonky. Talking soil chemistry, water contamination, preventing wildfire. pic.twitter.com/cdEL0p2hSM

Touring the agriculture department at Modesto Junior College and learning about the one of a kind Irrigation Technology Program that is providing innovative solutions to fighting the impacts of climate change. pic.twitter.com/odSyDYdfbD

Neither event was open to the public.