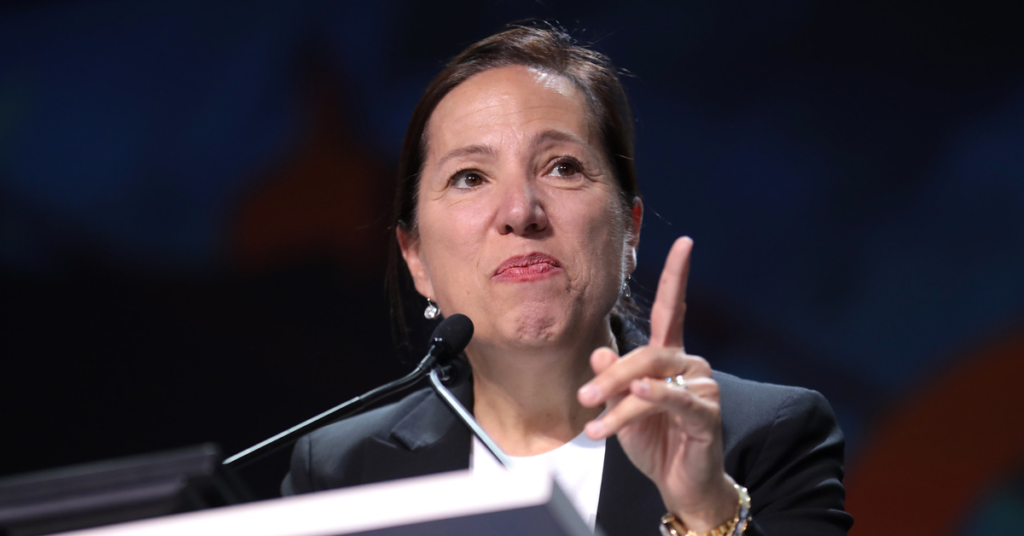 It was happenstance that Kounalakis and I managed to be at Precinct 4605 – the East Las Vegas Community Center in Downtown Las Vegas. Team Buttigieg’s top priority: figuring out how to woo Amy Klobuchar backers to the ex-Mayor’s cause to meet a viability threshold.

I had a chance to chat with Kounalakis during the caucuses. Here’s a quick look at what she had to say on key issues:

Kounalakis said Buttigieg’s Caucus-night victory in Iowa put her over-the-edge in supporting the former Mayor. Since then, her belief that he can win General Election swing states has only solidified. When asked about Buttigieg’s fairly-white electoral base, Kounalakis said:

“I think he’s doing a lot better, he’s got more surrogates and more endorsements across the country coming from the African American community. But again, this is a situation where we don’t have a viable person of color in the race. So what we all should be looking for is person who can beat Donald Trump because four more years of Donald Trump is going to be a nightmare for people of color in the country and two ,the fact that  he’s young, he’s energetic, frankly, he’s from a marginalized community ,the LGBTQ community and he really connects person to person with people.”

When asked about President Donald Trump’s economic and unemployment achievements, Kounalakis argued Trump has been terrible for the state of California and terrible for immigrant and minority communities whom he is trying to scare and take away their sense of “empowerment.”  Kounalakis added:

“. . . [Trump] doesn’t see himself as President of all 50 states in the Union … [h]e sees himself as champion for red states, a champion for people who believe in white supremacy, not as a President to lead our entire country and everyone in it.”

When asked about Trump’s recent visit to the Central Valley for the future of water policy and the Democrat’s lawsuits that followed, Lt. Governor Kounalakis emphasized the belief in climate change and environmental protections.

“In California, we believe in climate change –  we believe in environmental protection and he’s trying to take cheap shots at us to try to gain support for his political agenda.”

After informing her of how the newly-adopted biological opinions have been received by San Joaquin Valley farmers, Kounalakis took a different tack.

“We’ll see how it all ends up, because in California we do have the ability to regulate. At the same time, we have to find a balance in our state to make sure that our farmers can farm and our home builders can build. But to have such a negative, and vindictive, and angry President who hates the State of California – trying to figure out ways to punish us is a terrible precedent…”

Listen to Moreno’s interview with Kounalakis

The view from Moreno

While covering the Nevada Caucuses, I was surprised to find myself observing the same precinct as Lt. Governor Kounalakis. Kounalakis began our impromptu interview as Pete Buttigieg’s supporters realized they did not have enough support to overcome Bernie Sanders in the precinct.

Despite the homelessness crisis in California and the various issues plaguing the Golden State, Kounalakis found time to rally support for Pete Buttigieg in Las Vegas.

Kounalakis has the right to support whomever she desires but supporting a candidate who is on the decline while our state grapples with issues warranting attention was interesting to say the least.

I was not surprised to hear the standard-issue California Democrat talking points regarding President Trump.

However, if Democrats continue using the same 2016 talking points in the face of cold, hard Presidential achievements, the victory maybe easier than I originally thought.