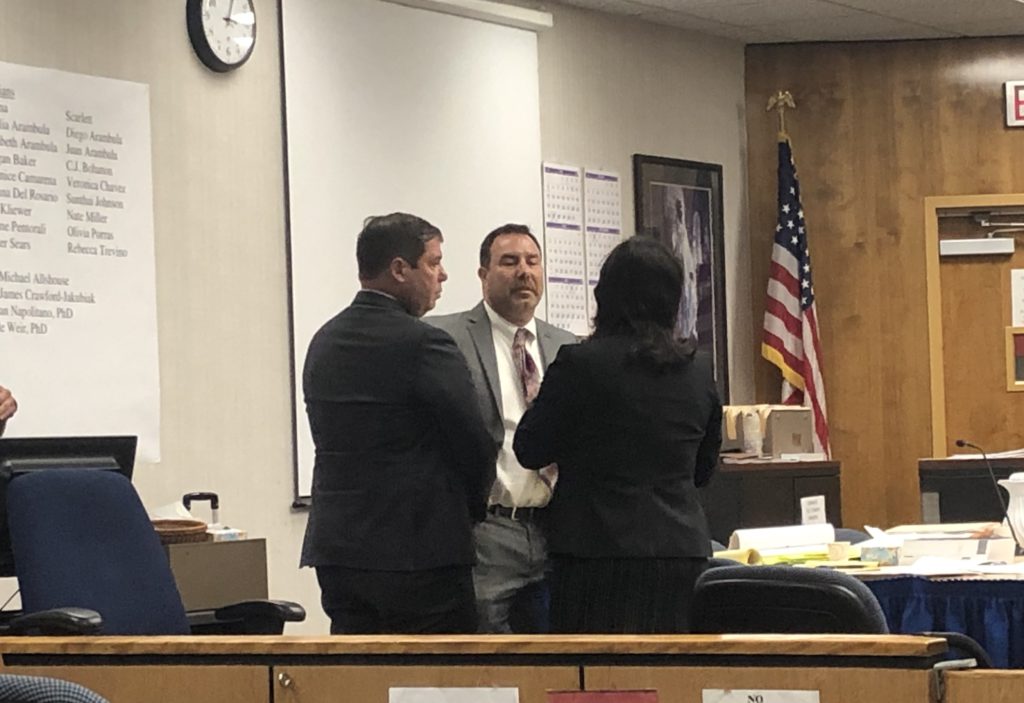 Dodd, the chief investigating officer, discussed allegations of coaching the seven-year-old victim after reporting her injuries to Child Protective Services and the Fresno Police Department.

During Dodd’s testimony on Tuesday, jurors reviewed footage of an interview between the seven-year-old victim and an independent interviewer.

At one point in the footage, Dodd – watching in real-time in a separate room – interrupted the interview when the victim’s explanation of what happened varied greatly from what she told a CPS social worker the day before.

The CPS social worker was also watching the independent interview with Dodd and raised the red flag about the discrepancy.

“What I said was a little bit different than this because I was scared of what might happen and I didn’t know what would happen,” the victim said unprompted.

On the stand, Dodd called the dramatic change in victim’s story evidence of witness coaching.

“The victim had been coached. Her story changed and what we were hearing, that story was not what they heard the day prior,” Dodd said.

Meanwhile, during cross-examination of Dodd, Arambula attorney Michael Aed surgically directed his questions to the Fresno Police Department’s procedures, working to cast the department as being overzealous and motivated to arrest Arambula while sloughing off routine process.

Only two of Arambula’s three daughters were slated as potential witnesses. Both have testified for the prosecution to detail the incident on Dec. 9 that left his eldest with a bruise on her right temple.

Arambula’s six-year-old middle daughter, a kindergartener, testified in a similar fashion to her older sister.

Her grandfather, former Asm. Juan Arambula, similarly served as emotional support during her testimony. Unlike her sister, however, the six-year-old arrived with a plush elephant in hand.

During her testimony, the six-year-old corroborated statements made by her older sister. She confirmed that the Democratic legislator has “squeezed” her and her sisters in the past.

In cross-examining both daughters, Arambula defense attorney Margarita Martinez-Baly spent the vast bulk of her time discussing family life with the two children.

During the brief cross-exam crossing the six-year-old on Tuesday, Martinez-Baly’s questions were extensively drawn on the middle daughter’s personal life.

Instead of probing on the incident itself, Martinez-Baly merely directed her questioning of the child to two photos featuring herself, the victim, and Arambula at events they attended.

The first, a teacher who supervised morning recess on Dec. 10, 2018, testified that she was sought out by the victim to receive permission to visit the nurse’s office for an ice pack.

She testified that the seven-year-old came into the office before 10 a.m. requesting an ice pack for the side of her face due to an injury.

When the staffer returned to talk to the child, the seven-year-old told her that it was caused by Arambula slapping her.

Martinez-Baly attempted to play up one of the staffers’ view that Fresno Police Officer Stephen Phebus was rude and spoke so loudly during the course of his investigation on Dec. 10 that he was incidentally divulging confidential information.

The other office manager, however, said that Phebus’ demeanor was not rude. She added that she was unable to hear Phebus making any statements that breached confidentiality from her desk in the school office.