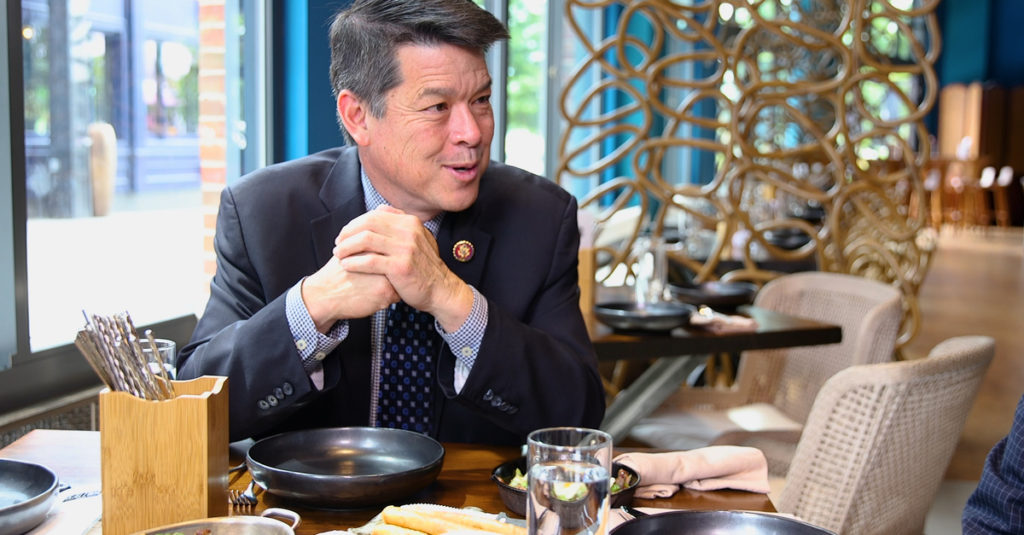 Washington-based Ethics watchdog Americans for Public Trust filed a complaint with the Office of Congressional Ethics on Wednesday alleging Cox violated public trust and failed to maintain the integrity of Congress through personal and business financial mismanagement.

“At issue is Representative TJ Cox’s repeated failure to abide by the laws of the United States,” the complaint to the House’s internal ethics investigating agency reads.

In late January, the Internal Revenue Service levied a second round of liens against Cox and his wife, Kathleen Murphy, over unpaid taxes from tax years 2016 and 2017 totalling more than $145,000.

Cox faced a lien for unpaid taxes in 2015, which he blamed on “bureaucratic incompetence,” claiming his tax payment was stuck to another envelope.

In mid-March, after the liens were levied, Cox voted against a bill that would require members of Congress to disclose if they are subject to liens or are having their wages garnished.

Adam Laxalt, outside counsel for Americans for Public Trust and former Attorney General for Nevada, said Cox’s actions demonstrate a clear violation of House rules to engage in proper conduct.

“When did he know that he was behind on these taxes?” Laxalt asked in an interview with The Sun. “Was it before or after he spent $250,000 of his cash to get elected to Congress?”

The Wednesday ethics complaint references the fact that Cox “had the resources to make a $250,000 loan to his campaign which was repaid in full before the second and third tax lien were field.”

“Does he continue to knowingly break the rules and feel like, for some reason, he doesn’t need to pay his taxes?” Laxalt mused.

The Office of Congressional Ethics serves as the independent, nonpartisan agency to review allegations of misconduct among members of the House of Representatives.

Ultimately, the office refers select matters to the House Ethics Committee for potential action against a member of Congress engaged in misconduct.