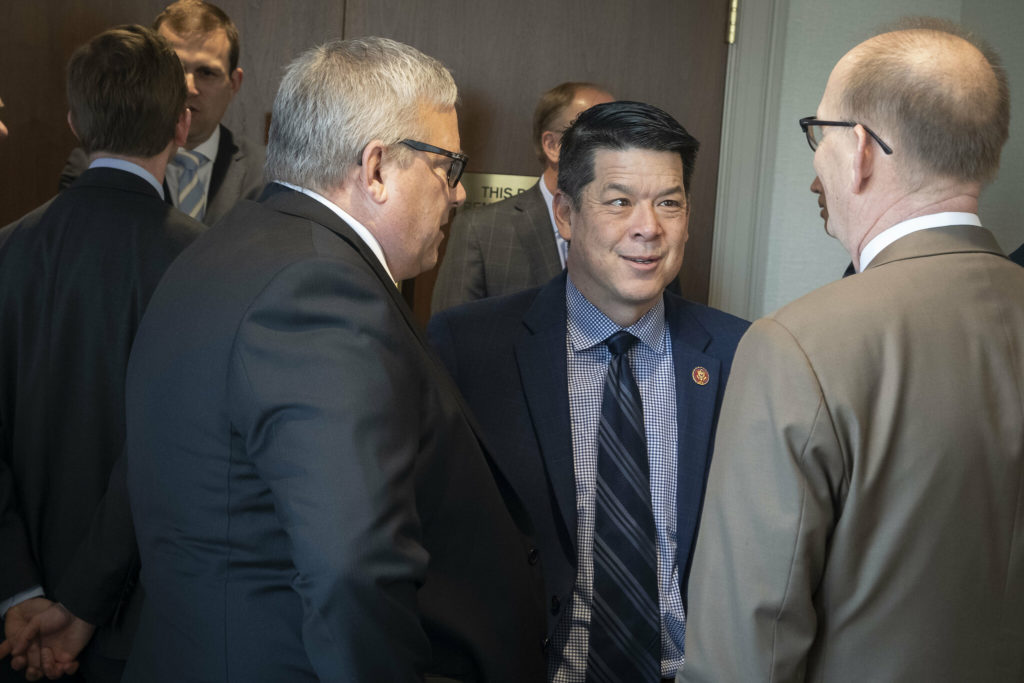 A complaint against freshman Rep. TJ Cox (D-Fresno) alleging the Democrat’s failure to disclose foreign and domestic business ties and improper receipt of tax exemptions was filed with the Office of Congressional Ethics on Friday.

The six-page complaint, signed by six Kings County residents, details Cox’s business ties that were not reported in his financial disclosures when he ran for Congress in 2018.

It ultimately requested that the independent Congressional ethics watchdog launch an investigation.

“TJ Cox is incapable of being open and honest,” Hanford resident Cody Bradley, a lead complainant, said. “He couldn’t be on-the-level about his finances with the City of Fresno and he can’t even tell his constituents the truth about his investments.”

According to the complaint, Cox failed to disclose his holdings and management positions in five firms:

The Kings County complainants allege that, by failing to disclose his business interests and management roles in these firms, Cox violated the Ethics in Government Act of 1978, a financial disclosure law approved in the wake of the Watergate scandal.

“At best, Representative Cox was grossly negligent in complying with the financial disclosure requirements and in failing to provide voters with complete and accurate information to make an informed selection of a candidate,” the complaint reads.

In 2018, Cox claimed his Maryland home as his primary residence and collected the state’s “homestead tax credit.”

When questioned by McClatchy about collecting , despite the fact he was residing in Fresno and actively running for Congress in two different districts over the course of the year, Cox and a Democratic Party spokesman claimed that the State of Maryland made the error and issued the tax credit.

Subsequently, Cox issued a mea culpa when McClatchy reported that Cox signed a notarized form that he stated the million-dollar Bethesda home was his principal residence for tax credit purposes.

Cox repaid the tax credit to the State of Maryland shortly after publication.

Federal tax laws do not allow a taxpayer to claim two homes as their principal residence.

During those years, Cox received California’s homeowner’s exemption on his property taxes for that home, despite the fact that the tax break is not available to rental properties.

In February, an internal audit released by the City of Fresno found that the Central Valley Community Sports Foundation, a nonprofit for which Cox served as corporate treasurer, found the nonprofit had near non-existent internal controls on its financial management and accounting.

Among the audit’s findings were questionable, undocumented loan transactions between Cox, his primary business, and the nonprofit. In a single day, Cox’s business, Central Valley NTMC, LLC sent $50,000 to the nonprofit, which was then sent to Cox personally.

In March, Cox resigned as treasurer from the nonprofit and said that he was divesting from his business interests.

“With TJ, there always seems to be a paper trail,” Bradley added. “We just had to go to Canada to find it this time.”

NRCC gets in the middle

The placement and publication of the ethics report subsumed the complaint itself, following a Fresno Bee report on Wednesday.

Complainants told The Sun that the NRCC – the campaign arm of Congressional Republicans – was sent scrambling following The Sun’s publication of the complaint on Monday.

In interviews with both The Sun and The Bee, the Kings County complainants said that the NRCC played a considerable role in drafting the complaint prior to its submission on Friday.

“I stand by every word written in that complaint,” Bradley, a lead complainant, said. “Unlike TJ Cox, I live in the district, run an American business, and pay my taxes.”

The NRCC’s media team also pre-ordained The Fresno Bee to receive an exclusive story about the complaint, ultimately reported two days after The Sun’s original report.

Citing The Fresno Bee’s unwillingness to report on these exact claims against TJ Cox during the 2018 election, the Hanford residents filing the complaint provided The Sun with a copy of the complaint after it was submitted.

“There’s a reason we don’t trust The Fresno Bee. They had all of this information in 2018 and didn’t find it in their interests to report on it,” Bradley said to The Sun on Wednesday. “Now, it’s in their interest to run interference for Cox.”

Two of the Kings County residents told McClatchy of the NRCC’s role in drafting the complaint, yet the committee still issued a denial.

Almost immediately following the publication of McClatchy’s piece, communications and research staffers from the NRCC began playing-up the story via social media and engaging in a back-and-forth with Fresno City Councilman Miguel Arias, a witness listed in the complaint.

Read the Ethics complaint against Cox