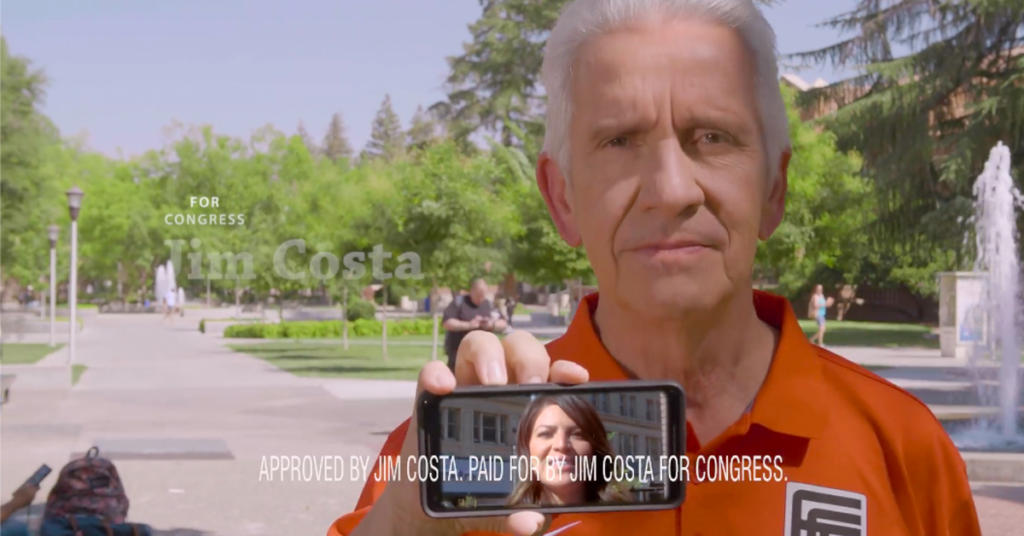 After running an ad criticizing Soria’s comments about living paycheck-to-paycheck, citing her salary and city contracts obtained by her now-fiancée, Costa released a new ad featuring Soria on Friday.

This time, it uses Soria’s own words against her:

I’m sick of @RepJimCosta
spending corporate dollars to run a dirty campaign against a progressive @Esmeralda_Soria. Costa is not a real Dem, he’s been pretending to be one all this time. It’s time we had a real leader representing our community in DC! I am supporting Soria! pic.twitter.com/YnDqmOfhqg

Later, Soria published her own response to the ad:

My opponent released another ad, attacking me on supporting him in the past. See the full list of his previous supporters below that are now choosing to support our campaign for change: pic.twitter.com/2f31tcxA8Q