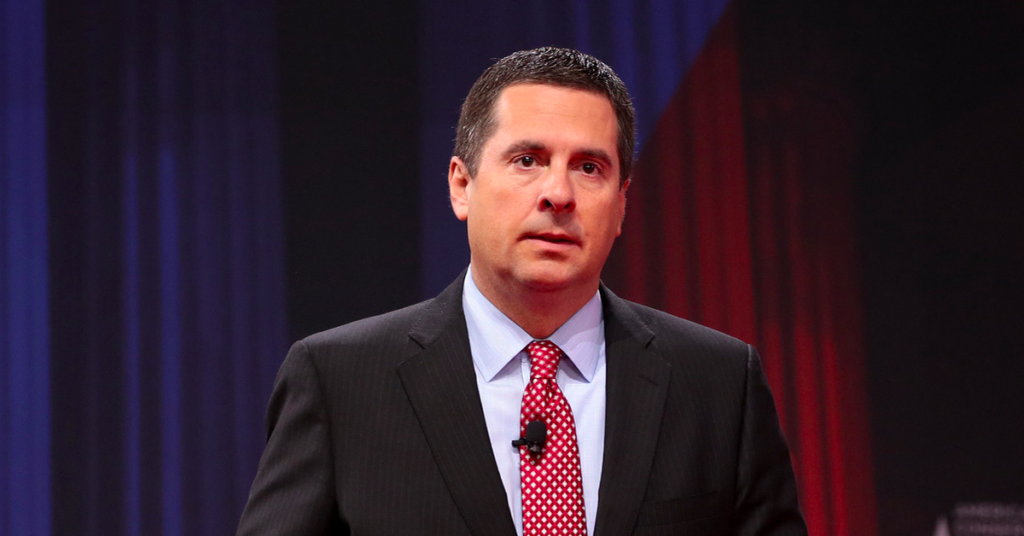 A California man is heading to court on a misdemeanor charge that he sent threatening messages to the wife of Rep. Devin Nunes (R–Tulare) following of activist-led doxing in 2018.

The man, known as William Joseph Burden or William Joseph Terrell, was charged with a single count of sending threatening messages to Elizabeth Nunes, the wife of the nine-term Republican Congressman, by the Tulare County District Attorney’s Office.

According to public records, Burden, 58, is a resident of Los Angeles. The charges against him were filed Aug. 13.

The statute underlying the charge requires electronic or telephonic contact with an alleged victim “unlawfully, and with an intent to annoy” using “any obscene language” and may include “any threat to inflict injury to the person or property of the person… or any member of his or her family.”

The news was initially reported by The Daily Wire.

Despite her husband’s position as the top Republican on the House Permanent Select Committee on Intelligence, Elizabeth Nunes has largely stayed out of the public eye.

A third grade teacher at Sundale Union Elementary School, Nunes was the subject of deep probing by Democratic activists during her husband’s hotly-contested 2018 re-election campaign.

The Daily Wire reported that the communications by Burden were “a series of threatening and lewd communications to Elizabeth aimed at her and her children.”

Much of the blame for the harassment traces back to a voluminous public records request made by Democratic activist Michael Seeley, a member of the group Southern California Americans for Democratic Action, at the direction of the liberal-linked nonprofit Campaign for Accountability.

Seeley ultimately published emails between Elizabeth Nunes and her colleagues, prompting a wave of harassing communications. The move prompted the Tulare County Sheriff’s Office to provide a security detail for Elizabeth Nunes and the couple’s daughters.

Since then, Seeley was also an element of a racketeering suit filed by Nunes against opposition research firm Fusion GPS.

In a statement to Daily Wire, Nunes’ office says it is pinning hopes on the FBI’s ability to determine if Burden acted alone or was working with someone else in penning multiple sets of threatening messages.

School officials at Sundale were relieved that action had been taken to counteract the harassment.

“We would like to thank the U.S. Capitol Police, the Tulare County Sheriff’s Office, and the Tulare County District Attorney for taking action to protect our students and teachers. We take threats aimed at our school and our kids seriously. We will not tolerate any form of harassment or stalking directed at any of our students or teachers,” Sundale Union Elementary School District Superintendent Teri Rufert said to the national publication.

Due to jail restrictions owing to the coronavirus pandemic, Burden has not been arrested. However, he is ordered to appear in Tulare County Superior Court on Oct. 27.

If convicted, Burden faces up to 180 days in county jail.