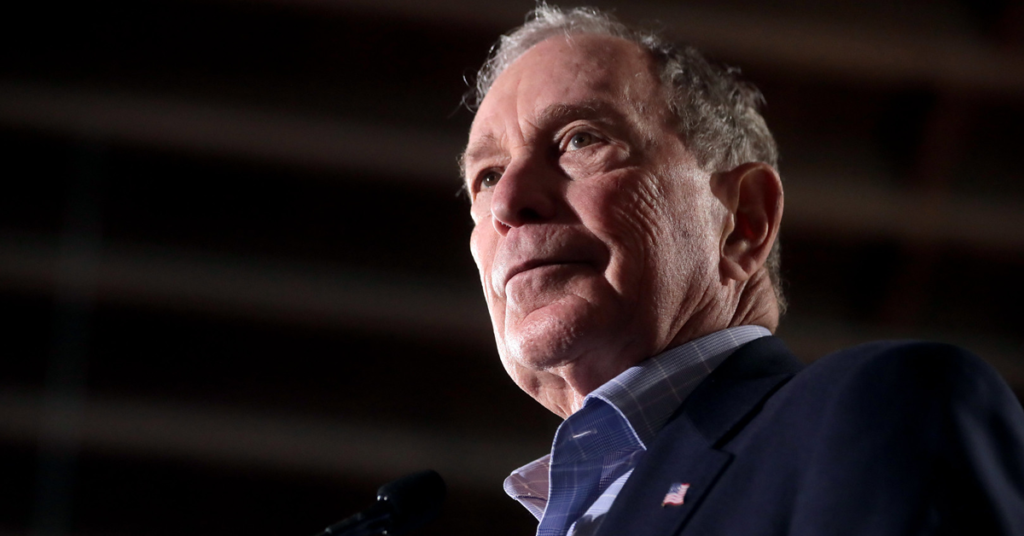 Democratic presidential candidate Mike Bloomberg swung through Fresno on Monday, meeting with voters and delivering a campaign speech at Fresno City College to kick off early voting as the first ballots are being mailed to California voters.

“California, as you know, has the most delegates, and we’re going to do everything that we can to win them,” Bloomberg said. “We’re opening 20 offices, including one here in downtown Fresno.

Bloomberg said that he has over 300 staff members for his campaign in California and expects to have 800 by the end of next week.

Bloomberg’s Latino coalition group “Ganamos con Mike” was active at the event, and Bloomberg expressed his support for the Latino community.

Immigration reform will be a priority in his presidency, Bloomberg said.

“Getting it done means finally fixing our broken immigration system and creating a path to citizenship for the 11 million people who are living in the shadows in our country,” Bloomberg said.

Another issue Bloomberg discussed was gun control, saying that it will be at the top of his agenda. He told the crowd about Everytown for Gun Safety, an organization that he founded, which helped pass gun control laws in more than 20 states.

“Unfortunately, disagreements in our country seem to end in death all too often, and we just got to do something about it,” Bloomberg said. “And there are some common sense steps I think we can take to reduce gun violence and save lives. The president won’t take them, but I can just promise you, if I get elected, I will. You just have to do something.”

Bloomberg continued on attacking President Donald Trump and said that his work and contributions in getting Democrats elected to the House of Representatives in 2018 was a key factor in Trump’s impeachment.

“At the 2016 Democratic National Convention in Philadelphia, I warned that Donald Trump was not fit for this office,” Bloomberg said. “In 2018, when I saw the Republican Congress wouldn’t hold him accountable, I worked to help flip 21 house seats which made Nancy Pelosi Speaker and brought on the impeachment process. And now it’s time for the Senate to act and remove Trump from this office, and it’s obviously not going to do that, so we’ll have to do it in November. You and I will get it done.”

As far as his competition to win the Democratic nomination, Bloomberg took a shot at the other candidates for being career politicians.”

“Now let me be clear,” Bloomberg said. “My fellow Democrats in this race are all good people, and I’ve worked with all of them. If one of them wins the nomination, God forbid, I will support them. But this election seriously is just too important to have the kind of divisions that we saw back in 2016. We just can’t do that again. I think I offer a different choice and a different type of leadership. I didn’t spend my whole career in politics, and I don’t just make speeches.”

The California presidential primary will be on March 3.