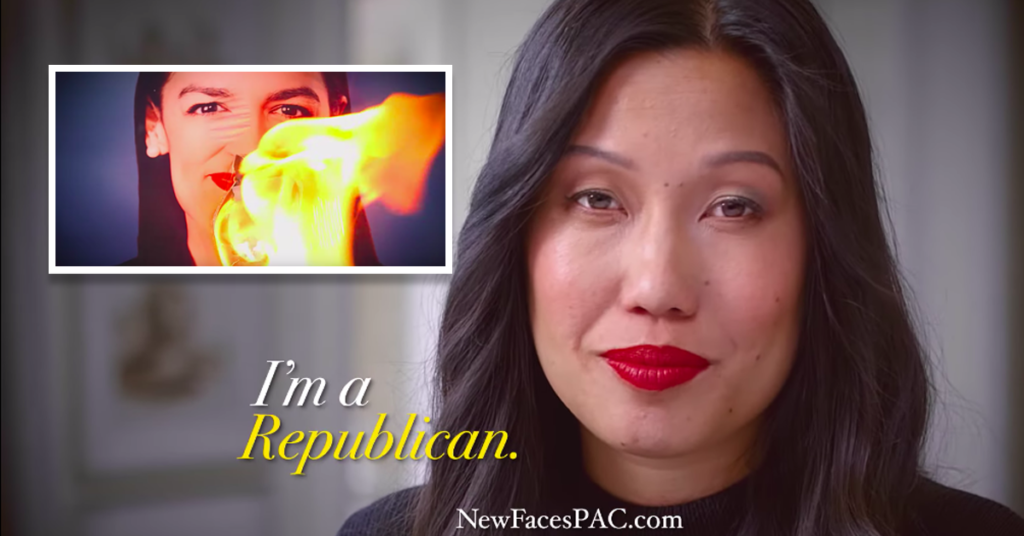 For those wondering what Elizabeth Heng has been up to for all these months following the 2018 election, they found out Thursday night.

Along with the rest of America watching the Houston Democratic Debate.

During the debate, airing in primetime on ABC, Heng aired a national television ad sponsored by a new political action committee known as New Faces GOP.

The spot featured a photo of Rep. Alexandria Ocasio-Cortez (D-Bronx/Queens) lit aflame while transitioning to visuals of the Cambodian genocide led by the socialist Khmer Rouge.

“My father was minutes from death in Cambodia before a forced marriage saved his life. That’s socialism: Forced obedience. Starvation,” Heng narrates to visuals from the ’70s genocide.

“Mine is a face of freedom, my skin is not white, I’m not outrageous, racist, nor socialist. I’m a Republican,” she concluded.

Ocasio-Cortez twice responded to the ad, criticizing Heng, first with mild bemusement. She later added a note that the spot was “a love letter to the GOP’s white supremacist case.”

Know that this wasn’t an ad for young conservatives of color – that was the pretense.

What you just watched was a love letter to the GOP’s white supremacist case. https://t.co/zvp1EB02c5

Heng fired back, charging Ocasio-Cortez with backing “an evil ideology.”

Not Republicans. Me. Are you really calling me a racist @aoc? I’m calling all Democrats out for supporting an evil ideology. Or are you just in Congress to hang out with celebrities and tweet out ridiculous ideas like the green new deal? https://t.co/w985LYjIZd