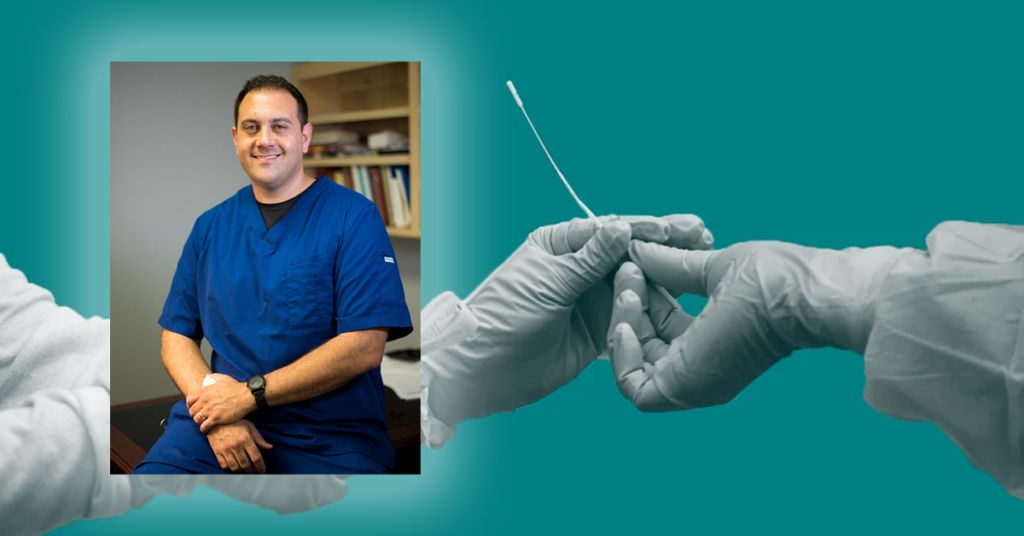 While his practice is on pause, a Fresno dentist is finding a way to give some much-needed aid to combat the coronavirus pandemic.

“It was very hard for me to close the practice down, even temporarily, because I have patients that depend on me and staff that depends on me,” Dunlop said. “It was very heavy-hearted that I had to shut my doors for an undetermined amount of time. So in my mind I was feeling restless wanting to know how I could help contribute to getting back to normal, or at least as close as we can.”

Dunlop utilizes 3D printers in his practice to make various dental supplies, such as dentures, temporary crowns and bridges, mouthguards and dental models.

With the technology available to him, Dunlop made a big shift: from dental cleanings to a medical-equivalent of wartime production.

“There were shortages of certain things that I realized I could make in my office,” Dunlop said.

One of those things are nasopharyngeal swabs, the swabs used in the COVID-19 test. On Wednesday, Dunlop began mass producing the swabs. Based on pacing, his practice will be able to produce over 2,000 swabs per day.

The process that Dunlop is following to make the swabs comes from Michigan-based technology company EnvisionTec.

EnvisionTec CEO Al Siblani spearheaded the project to print swabs and gained FDA approval within the last few weeks. Siblani created a process to allow for people – like Dunlop – who own EnvisionTec 3D printers to mass produce swabs.

“We’re trying to recruit every single person who has one of these printers in the country to dedicate it to making these swabs,” Dunlop said.

Dunlop is currently working with other individuals to fulfill orders, and he is meeting with local hospital directors this week to discuss selling the swabs locally.

He has two 3D printers, one of which will be used solely to produce the swabs. Dunlop is working on other projects with the other printer to produce personal protective equipment for healthcare workers.

The other critical benefit to his changing practice, Dunlop said, was being able to help his employees get off unemployment and get them back to work.