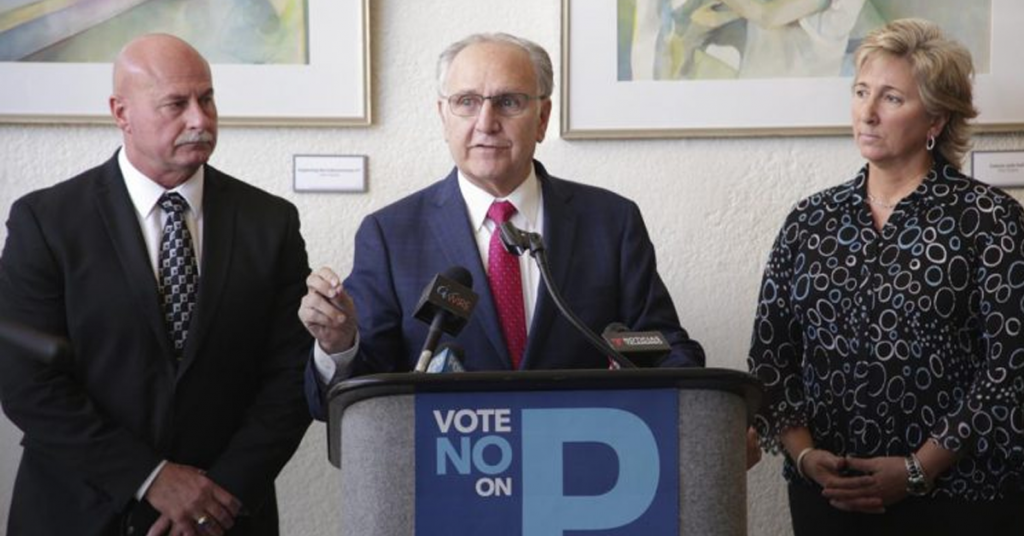 Thursday, the fortunes of the City of Fresno’s coffers appeared to be swelling.

Why? A three-judge panel from the Fresno-based Fifth District Court of Appeal ruled that the threshold necessary to approve Measure P, a 30-year sales tax to fund Fresno’s park system that, was a simple majority rather than a two-thirds majority.

In November 2018, Fresno voters backed the measure 52.17 percent. The ruling draws heavily from an earlier ruling regarding a 2018 sales tax hike to fund homeless services in the City and County of San Francisco.

The Howard Jarvis Taxpayer Association, a taxpayer advocacy group, intervened in the lawsuit and argued on behalf of the City of Fresno.

But is that the end of the legal battle? Hardly.

In a statement to The Sun, a Howard Jarvis spokeswoman said the organization will be petitioning for a rehearing at the Fifth District Court of Appeal.

“HJTA is heartily disappointed to see a harmful exception being carved out of Propositions 13 and 218,” staff attorney Laura Dougherty said. “Voters never intended for such an exception in their local tax planning experience, and can expect to see it abused.”

Dougherty added that there are added layers to the controversy – including alleged “mischief” wherein local politicians circumvent the threshold for government-led sales tax measures.

Following its petition for rehearing at the appellate level, Howard Jarvis is expected to petition for appeal at the California Supreme Court over the Fresno tax measure.