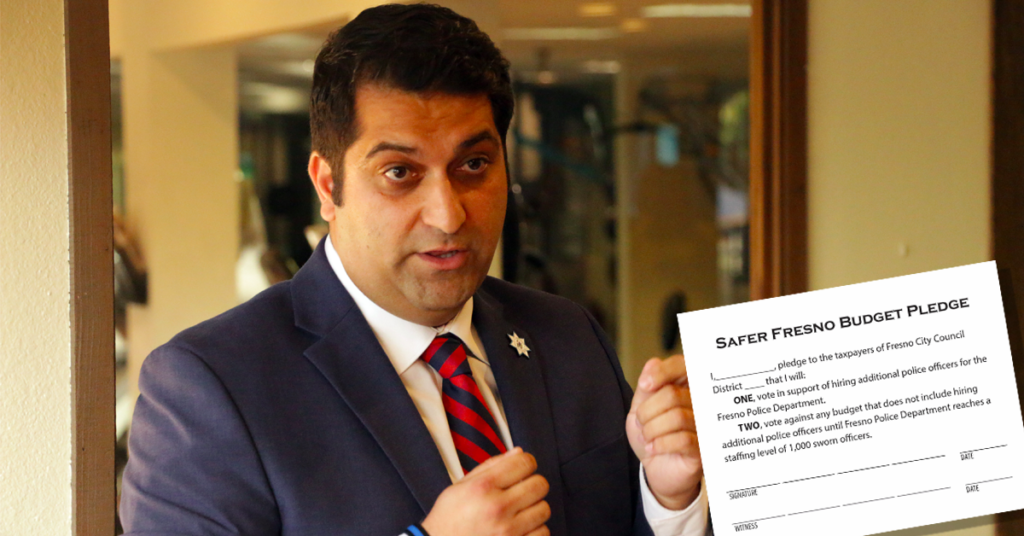 Fresno City Council candidate Mike Karbassi signed a pledge Tuesday to vote against any budget that does not include the hiring of additional officers for the Fresno Police Department.

The Safer Budget Fresno Pledge is a two-part pledge, Karbassi’s campaign said in a release.

“Proposition 47 and 57 have proven disastrous for our city,” Karbassi said in a release. “Our men and women in blue are doing everything they can to keep our city safe, but they are short staffed.”

Karbassi, one of the candidates running for the vacant District 2 seat, is the only candidate to sign this pledge so far.

“When it comes to the safety of our city, we have to put our money where our mouth is,” Karbassi said. “If we’re really committed to reducing response times and engaging in solid community policing, Fresno needs more officers on the ground.”

Fresno has 835 officer positions in Brand’s budget proposal, which doesn’t add any officers to the department.

“That we aren’t adding a single officer this year should concern every resident, not just of District 2, but across Fresno,” Karbassi said.