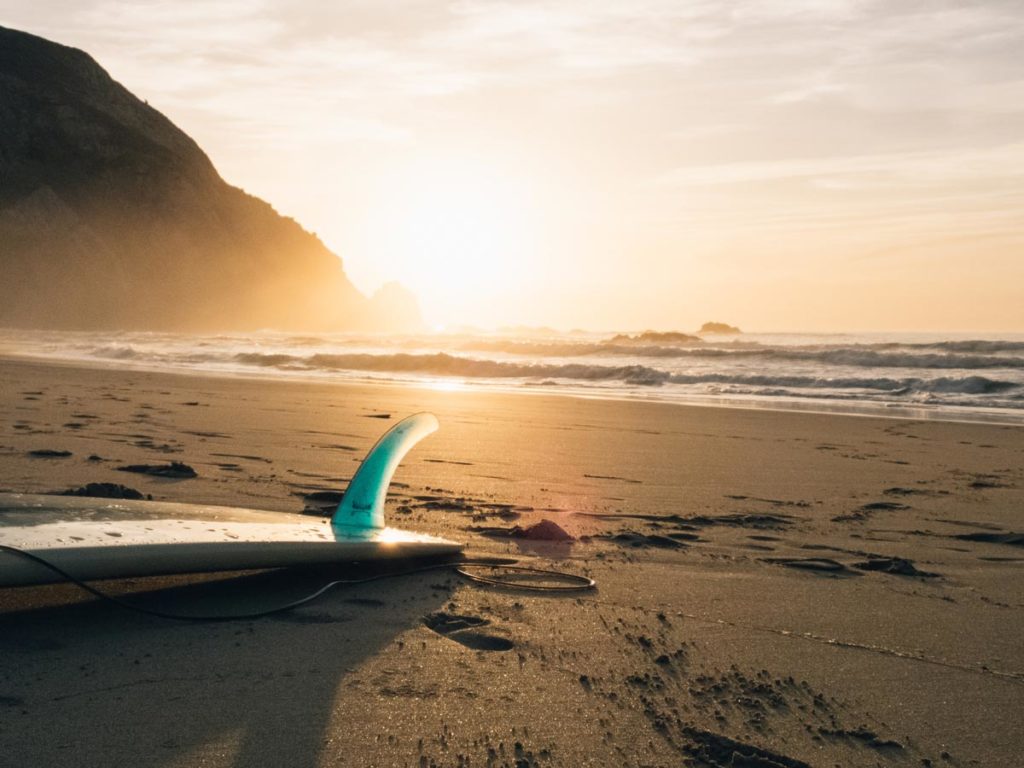 1.) The City Council on Thursday gave City Manager Bruce Rudd the green light to offer a sweet deal to Nordstrom, Inc. if the Seattle-based luxury fashion retailer will build a huge distribution center in Fresno.

The building isn’t a warehouse, and it’s not really an old-fashioned distribution center. It’s called an E-Commerce Fulfillment Center.

2.) Fresno and a nearby city supposedly are the two finalists for the fulfillment center. The big question: Which city will spend the most to get Nordstrom’s blessing?

There’s good reason to spend a lot. There are lots of details to what Nordstrom would do in phase 1 of its project here, and more details as to what it might do in a phase 2. But, in the end, we’re talking about hundreds of jobs and millions of dollars in annual property/sales taxes for the lucky city.

The main task before the council on Thursday was approving a proposed city subsidy to Nordstrom. The plan came from Mayor Ashley Swearengin and Economic Development Director Larry Westerlund.

The proposed subsidy: A $10 million rebate (spread over the course of a maximum of 30 years) to Nordstrom, the money coming from the city’s share of sales taxes generated by the fulfillment center.

3.) The Swearengin Administration said the deal has next to no risk for Fresnans. The annual subsidy (in the beginning, 75% of Fresno’s yearly take of sales taxes) doesn’t begin until the center has generated 700 fulltime jobs. There is no upfront cash payment by City Hall. There is no bank loan co-signed by the city.

The potential payoff is huge. Nordstrom could someday produce nearly 2,000 jobs in Fresno if both facilities are built. The total subsidy at that point would nearly double, but even then it’s estimated City Hall’s coffers would see a net benefit of more than $34 million.

4.) There was really no drama to Thursday’s council debate. Who would say no to such a deal, especially at this early date in what is surely to be complex negotiations?

But Council Members Steve Brandau and Lee Brand did add some wrinkles to the proposal. And, after the vote was taken, those wrinkles got reporters to thinking.

5.) You see, the second city in the race with Fresno is Visalia.

City officials on Wednesday had briefed reporters on the subsidy proposal going to the council. In the course of these briefings, city officials made three key points. First, such subsidies are par for the course as cities fight for job-producing projects such as Nordstrom’s. Second, Nordstrom’s preferred site in Fresno is a 55-acre spot in the North Pointe Business Park, located along Highway 99 in the south end of town. Third, Nordstrom’s estimated cost of land/infrastructure in Visalia is $10.5 million, while the estimated cost in Fresno for land/infrastructure is $12.5 million.

You can see where this is headed.

If Nordstrom’s West Coast E-Commerce Fulfillment Center generates a boatload of sales taxes for the host city, and Visalia simply matches Fresno’s $10 million sales tax subsidy, then Visalia has the substantially better financial offer on the table. Who wouldn’t want to save $2 million when what we’re talking about is a similar chunk of farmland in the Central San Joaquin Valley?

I took that to mean: 1.) If Fresno gets Nordstrom, nothing will go sour; 2.) Woe to the City Hall that lets Nordstrom fall into the hands of a rival neighbor.

To overcome Fresno’s $2 million disadvantage, Brandau said, the sales tax subsidy over the course of the 30-year maximum time frame should be bumped up to $12 million.

None of Brandau’s colleagues fainted or pounded on the dais. City Manager Bruce Rudd didn’t blink. I was watching a scripted performance.

Then Brand added his two cents.

Fresno’s proposed deal as presented by Westerlund calls for Nordstrom to get 75% of annual sales taxes for each of the first three years that the fulfillment center is operating. The city, obviously, gets the other 25%.

The subsidy would drop to 50% of sales taxes every year after that until the subsidy cap is reached.

Brand’s amendment to Bradau’s amendment called for Nordstrom’s subsidy percentage to stay at 75% for another seven years (2021 through 2027).

In other words, Fresno’s subsidy would be $12 million, not $10 million, and Nordstrom would get its total subsidy somewhat faster (maybe in 10 years, rather than 14 or 15).

7.) At this point, the council carried on with its long agenda. I decided to take a break on a bench in front of the Council Chamber. I sat next to Fresno Bee reporter John Ellis and Channel 30 reporter Gene Haagenson.

We got to talking about what had just happened.

It was the Brandau amendment that stumped us. But we couldn’t figure out exactly why we were stumped.

After all, the amendment seemed pretty straight forward.

Land/infrastructure in Visalia would cost $10.5 million, while land/infrastructure in Fresno would cost $12.5 million. And Fresno – we’re in the finals! – must do almost anything to land Nordstrom. So, Fresno must sweeten the Nordstrom pot with another $2 million of sales tax revenues – money that, if wasn’t going to the department store chain, would go to the city’s general fund.

As John and Gene and I chatted, it dawned on me what Brandau had done.

8.) It’s not for me to say how John and Gene replied to my analysis.

But I did go hunting for Administration officials to make my point, and learn their thoughts.

The first comment to me: “You’re not to spin it that way, are you?”

I didn’t view my analysis as “spin.” I think my essential point should have been raised by the council in open session. The business park factor must have occurred to city officials. They should have gotten ahead of the curve by bringing it up in public. If it’s nonsense, tell the public why.

The city’s 500,000 residents are being asked to spend $12 million of sales tax revenues that otherwise would be spent on things like public safety, streets and parks. Granted, the payoff in the long run is far higher than the original investment. And getting something is far better than getting nothing, which is what happens to Fresno if Nordstrom goes to Visalia.

But the exact same logic applies to North Pointe Business Park. What makes the $12.5 million price tag for the park’s 55 acres (with infrastructure) sacred? You tell me what the park does with its land if Visalia gets Nordstrom. Obviously, the business park also has a huge incentive to get Nordstrom.

But no one on the dais asked why the business park shouldn’t sacrifice financially along with Fresno’s residents.

And now Fresno has a $12 million subsidy spread over 10 to15 years.

That sounds impressive to me.

But what about Visalia’s plan?

We don’t know yet.

But why wouldn’t Visalia simply say to Nordstrom: We’ll match Fresno, dollar of sales tax rebate for dollar of sales tax rebate, rebate percentage per year for rebate percentage per year. Pick us because you’ll save a cool $2 million right out of the chute. And $2 million in your hands over the next 10 years – well, you folks know all about the time value of money.

I don’t how Fresno would counter that.

Here’s another thing I’d do if I were Visalia. I’d partner with Tulare County officials when crafting my subsidy plan.

It was noted at Thursday’s Fresno City Council meeting that Fresno County stands to profit handsomely from sales tax revenue generated by a Nordstrom fulfillment center landing in Fresno. But no one at the council meeting said: Let’s talk to the county and see if they’d be willing to add, say, $12 million of their own sales tax subsidies to our $12 million.

Maybe it’s because our council members strongly suspect such an idea would be dead on arrival. Maybe part of the reason is the fact Mayor Swearengin and Supervisor Henry R. Perea aren’t especially close.

I don’t know City of Visalia/Tulare County politics. I can’t believe things are as bitter there as they are here.

10.) City officials told me: We all know industrial land is more expensive in Fresno than Visalia.

I didn’t know that. If that’s true, and Fresno isn’t doing anything about that state of affairs, then Fresno is doomed.

It was my impression that Fresno for the past 60 years has been working night and day to create high value, low cost industrial parks along our freeway system precisely so the city can respond in a heartbeat to business opportunities and compete with places like Bakersfield and Reno. Wasn’t that why we invested millions in Roeding Business Park?

But now, in December 2015, along comes Nordstrom, the biggest industrial prize to potentially come this way in a long time (if not ever), and the critical factor in City Hall’s subsidy plan is the fact that the preferred business park in town can’t come close to competing in price with what little ol’ Visalia can pull out of its hat without even breathing hard?

Oh, my, what happened to Fresno?

11.) I’ll tell you what happened. Granite Park, The Met and the downtown stadium happened.

Fresno isn’t San Francisco. Simply put, we will always have to spend money to get the Nordstrom fulfillment centers of this world to come here. So will the Visalias and Merceds and Modestos.

Keep in mind that the council on Thursday was slated to debate how to spend $8 million left over from last year’s budget. (I couldn’t stick around late into the night to find out what happened.) The Administration’s recommendations included some smoke-and-mirrors accounting plus what essentially are a bunch of piddling expenditures. The stuff we’re buying with that $8 million will hardly leave a ripple in the Fresno of 2016, let alone the Fresno of 2036.

But a Nordstrom E-Commerce Fulfillment Center, if even only half of the hype comes true, would be felt in Fresno for decades to come.

I thought to myself while watching events in the Council Chamber: Why not simply send that $8 million cash to Nordstrom? Fresno wouldn’t really miss it – no one says we don’t have enough money to meet the 2016-17 budget. I’m guessing Visalia would have a hard time matching that kind of investment. And the return on that $8 million quite likely would be both quick and robust.

But there’s no way Fresno can entertain such an idea. Not after the controversies and financial disappointments connected to three private-public ventures mentioned above.