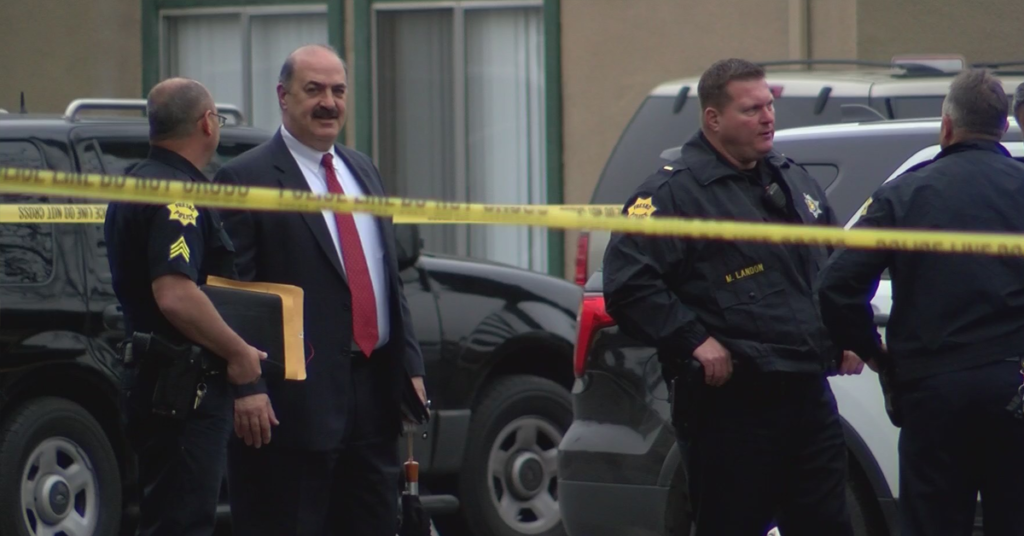 John Gliatta in August marked his second year as the City of Fresno’s police auditor. Gliatta and Maira Aguilar, the Office of Independent Review’s community coordinator, take pride in being accessible to Fresno’s diverse population.

For example, face-to-face speaking engagements to community groups are an important part of the job.

“We don’t turn down anyone,” Gliatta says. He recalls the day when he showed up at the appointed site and the appointed hour only to discover that no one in the group had a key to the building.

“We did (the presentation) in the parking lot in August,” Gliatta says, “It was probably 108. We’ve done meetings where two or three people show up. With these neighborhood meetings, you never know who’s going to be there. But if one person is there, that’s one person who didn’t know about us prior to the meeting.”

Gliatta and Aguilar recently sat down with The San Joaquin Valley Sun to discuss the challenges of operating the Office of Independent Review (OIR) in today’s law enforcement environment.

It’s one in which Fresno’s police officers are asked to shoulder an ever-increasing load of public safety responsibilities. The execution of those tasks is under constant scrutiny by a citizenry with a compelling and justifiable interest in its success or failure.

Fresno’s police auditor, formally called the Independent Police Reviewer for the Office of Independent Review, has been around for a decade. The position and the person holding the job have had their ups and downs during that span.

Mayor Lee Brand and City Manager Wilma Quan appointed Gliatta in August 2017. The OIR, says the OIR’s website, “provides a neutral, third-party review of police policies, procedures, strategies, and internal investigations.” Gliatta reports to the city manager, not to anyone in the Police Department.

Gliatta has a long record of service in law enforcement. He worked as a crime analyst for the Patrol Division of the Fresno County Sheriff’s Department before coming to the city. Prior to his Sheriff’s Department work, Gliatta spent more than 27 years with the FBI. His final assignment with the FBI was as the assistant special agent in charge of the Sacramento office, where he managed all criminal investigative units, including Civil Rights, and many of the satellite offices within the division, including the Fresno FBI office.

Gliatta’s predecessor as police auditor split his time between Fresno and a job in Salt Lake City. Gliatta gives his full attention to his Fresno duties. The OIR under his direction is proactive. Aguilar, the OIR’s community coordinator, says she will contact groups, asking if they would like the OIR to come and speak.

Aguilar says it’s not unusual for groups to agree to a 10- or 15-minute OIR presentation, only to have the meeting turn into discussion lasting 45 minutes or an hour.

Aguilar says some groups express skepticism about extending an invitation to the OIR because some of its members may have legal issues pertaining to immigration status. Aguilar says immigration status is irrelevant to the OIR’s mission. She says the OIR has spoken to groups as early as 6 in the morning and as late as 7 at night.

“We make ourselves available seven days a week,” Aguilar says.

The filing of a police department complaint is a key part of the complex process of maintaining social order in a democracy. If people don’t know how to file a complaint, Aguilar says, they can make an appointment with the OIR and get instruction.

“They do their own writing on the complaint form. I don’t do it for them,” Aguilar says.

Third-party help is available depending on someone’s language and level of literacy.

When it comes to filing a complaint, Aguilar says, “We don’t deter them. We don’t encourage them. We also like to hear compliments regarding the officers. And that’s what we hear the most when we’re out in the field – compliments. And concerns. That’s what we want to hear.”

Through all of this, Gliatta says, “we ask for nothing in return.”

Based on my 75-minute discussion with Gliatta and Aguilar, it was made clear to me that having an Office of Independent Review in a city of a half-million people is a two-way street. Gliatta and Aguilar are here to serve Fresno. But Fresnans also have a responsibility. They must put in the effort to understand how a law enforcement agency and the OIR work.

For example, Gliatta says, some people can’t wait to tell him something they deem to be of immense importance, something apparently known to them and no one else.

“People will say, ‘The department is corrupt,’” Gliatta says. “I say, ‘OK, if it’s corrupt, give me specifics. Give me something tangible.’”

That request generally leaves the critics speechless. And when it doesn’t, the allegations presented often date back 25 years or more. Gliatta says he gently tries to steer the conversation to the here and now.

A lot of the talk about corruption, Gliatta says, “is urban legend.”

Another way that Gliatta (as well as his predecessor, Rick Rasmussen) communicates with the public is his quarterly reports. They’re full of information on internal affairs investigations, citizen complaints and disciplinary actions. The reports also contain detailed recommendations for improving police services.

Gliatta reviews how other police auditors draft their public reports, seeking ways to improve his final product. He adds: “I’m always looking for suggestions” from the Fresno community he serves.

The police auditor’s job is often a tedious one. For instance, Gliatta reviews a lot of body camera video.

“The amount of restraint that I see in these officers when they’re getting cussed at, people swinging at them…. I applaud them for that,” Gliatta says.

Much of Gliatta’s communication is with Fresno’s sworn officers. He tells them that his goal “is to give the community some kind of confidence that there’s someone monitoring what you guys and gals are doing…. I also tell these officers right to their face, ‘If it’s a hard call I have to make, I’m going to make it.’ I use the quote from the San Jose police chief when their police auditor was looking for more authority. He said, ‘No one hates a bad cop more than a good cop.’ I said that’s the truth, and most cops will tell you the same thing. I carried a badge for 30 years and I was proud of it. You don’t want someone tarnishing the image of what you’re trying to portray when you’re out there serving the public.”

“On certain calls, you can’t move. It’s a DUI or a burglary in progress or it’s a robbery or it’s a homicide – you’re locked in there,” Gliatta says.

And when the officers do return to their patrol cars, Gliatta says, they might be greeted by 10 or 15 calls for service. It’s not unusual, he says, for officers to barely have time for a meal.

The review of officer-involved shootings is an important part of his charge.

“The goal is to have zero shootings,” Gliatta says. “Unfortunately, the (Police Department) isn’t always the one that dictates that. I say to the groups I speak to, ‘Every officer-involved shooting that I’ve reviewed has had a common denominator. That person, the suspect, had a choice to make: Either comply or resist. And in every one of them, they didn’t comply.’”

Gliatta adds: “People will complain on the use of force. They’ll say, ‘Well, they weren’t resisting.’ No, if you’re what we used to call ‘turtled up’ where you’re all balled up in the fetal position holding your arms underneath you and you’re not producing your arms and they (the officers) don’t know what’s underneath you, that is resisting. They can use force to overcome that resistance.”

Officers, Gliatta says, “have got to do what they’ve got to do to overcome that resistance. You can’t wait to see what they’re going to do to you before you react. And if you’ve ever talked to a defensive tactics instructor they’ll tell you, ‘You can’t always be on the defensive.’ If you want to preserve life, you also – at a certain point if they’re offering resistance or they’re being aggressive – you’ve got to take the offensive as long as you know when to stop being the offensive person.”

Gliatta says a police auditor must gain the trust of officers if his work is to be effective.

“I’m not to accomplish anything if I just sit there and belittle the officers with every little thing,” Gliatta says. “I think for the most part the officers recognize I’m basing (recommendations) on experience and practical knowledge and practical applications vs. opening up a book. I understand the stresses they’re going through.”

Gliatta has one piece of sound advice for all Fresnans, but for the city’s young people in particular: When an officer stops you, comply with his/her instructions.

Says Gliatta: “I tell this to Fresno State students, even high school kids: 2 o’clock in the morning, you get stopped by the police. You may be 100 percent right, and that officer may be having a bad day and is wrong. But 2 o’clock in the morning at some poorly lit intersection is not the time and place to debate the situation. After the fact, there’s a process in place and you can file a complaint.”

Gliatta says the Office of Independent Review as currently constituted is effective. He says part of the proof can be found in the changes that the OIR has inspired in departmental processes and procedures. For example, he says, the OIR successfully recommended that officers make sure suspects being transported in patrol cars are secured by seat belts.

Gliatta says he pushes the Fresno Police Department to strive for constant improvement, just as he holds the OIR to the same standard.

When speaking to Fresno’s men and women in blue, Gliatta says, “I tell them, ‘You’re doing a great job. But I’ll tell you this. I’ll be your biggest supporter. But if you do something wrong, I’m going to call you on it.’”