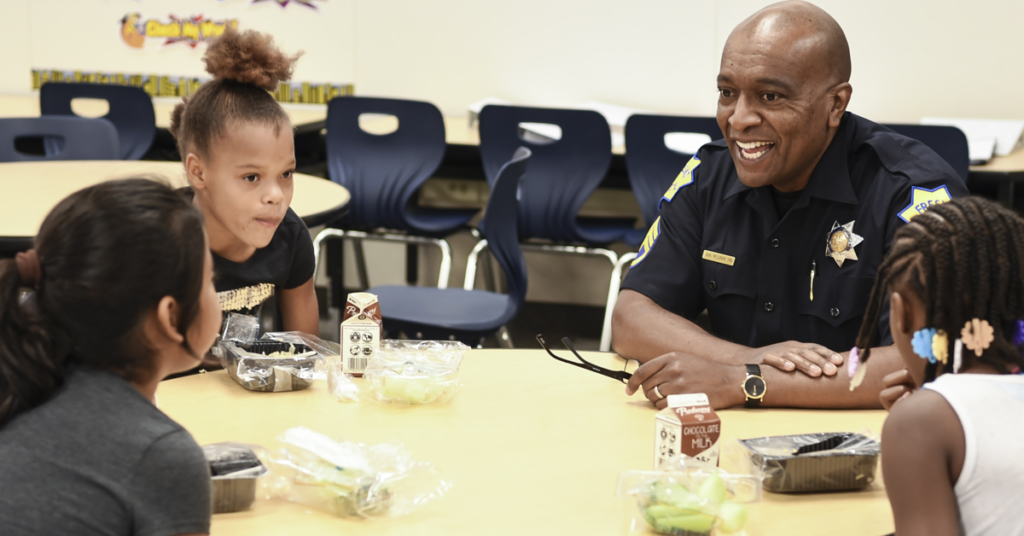 It seems just about everything these days at Fresno City Hall is taking on a conservatives vs. progressives bent.

Even something as routine as a cautious report from the city’s Citizens Public Safety Advisory Board appears to generate tension.

Let’s begin with the report.

The City Council on June 27 held a workshop on the Advisory Board’s latest body of observations and recommendations. The report’s focus: Community oriented policing. This is sometimes called community-based policing.

The Advisory Board was created by Mayor Lee Brand soon after he took office in 2017. It consists of nine volunteers who live in Fresno. Its members come from a wide cross-section of our diverse city.

The Mayor is a strong advocate of community-based policing.

Said Hunsaker: “It was quite interesting to see how resourceful these district commanders were in approaching community oriented policing in their districts. Some were quite impressive, especially due to the limited resources they have for things such as that and the other things going on in the city that keep them quite busy.”

Board Member Rodney Murphy told the council that Board members spoke personally to Fresno residents about community oriented policing. Some of the residents’ suggestions were incorporated into the report.

Said Murphy: “We see how effective (community oriented policing) is in Southwest Fresno in reducing crime and making that connection between the community and police.”

The report acknowledges that community oriented policing “is a somewhat nebulous and flexible term.” The definition often is “in the eye of the beholder.”

The Board tries anyway. Community oriented policing, the report says, “is a strategy that establishes a partnership between residents and law enforcement. There must be a commitment to community empowerment, decentralized and personalized policing, proactive problem solving, grassroots support and, possibly most important, internal change.”

The goal of an expansion of community based policing goes beyond making Fresno a safer place. Such an expansion, says the report, “can reestablish trust between officers and the public. It can build relationships based on civility and mutual respect. In short, it can make Fresno a greater city and a better place to live for everyone.”

Community oriented policing is no stranger to Fresno. How could it be otherwise? Officers and City Hall officials and residents are neighbors. We’re in this together. Americans have long known that trustworthy relationships based on reciprocal responsibility are the foundation of a sustainable civilization.

The Board’s report lists some of these past efforts:

1.) Each of Fresno’s five policing districts has a Safe Exchange Zone. These provide a safe space for the routine exercise of daily transactions – for example, buying something from a third party or completing a custody exchange.

2.) Officers recently hosted a Hmong residents’ academy. There has been similar outreach to the Latino and teen communities.

3.) The Police Department for several decades has conducted a Citizen’s Police Academy. The classes offer insight into Department functions such as patrol, internal affairs and traffic enforcement. Participants learn what happens after an officer-involved shooting.

5.) Bicycle patrols keep an eye Downtown, the Tower District and the El Dorado Park neighborhood near Fresno State. The Department may add a bike patrol along the Kings Canyon Corridor in Southeast Fresno.

But, the report says, time moves on. “Our Police Chief, Jerry Dyer, has done well in working with the available/limited resources to implement some community policing strategies. But as Chief Dyer prepares to retire and hand over the department’s leadership to a new chief, we feel it is (the) perfect time to look at growing the City’s community policing efforts.”

Among the Advisory Board’s recommendations:

1.) Create a new position to oversee the Department’s community policing efforts. The Albuquerque, N.M. police department has such a position, called “deputy chief of staff.” Regardless of its title within Fresno PD, “the position should be within the department’s upper echelons and report directly to the Chief or to one of the deputy police chiefs. This would ensure that any community policing efforts remain on the front burner (and) aren’t shuttled to the side in favor of other policing priorities.”

2.) Expand bicycle patrols. “On bicycles, officers can be a presence over a greater part of their assigned community. Bicycle patrols can be very effective in more compact neighborhoods and areas near our city’s major educational institutions….”

3.) Encourage the Department and nonprofits/social service agencies to continue building databases of services available to the community. “When an officer comes in contact with a resident that could benefit from such services, he or she can access the database and relay the social services information to the resident.”

4.) Establish counter service at each of the five district police stations. Residents throughout Fresno would benefit “if they were able to walk in to their district station and get a report, file a report, ask questions, provide information on issues ongoing in the area, as well as any other topic they may want to discuss.”

5.) Create individual Citizens’ Public Safety Advisory boards in each of the five policing districts. The Mayor’s Advisory Board looks at the big picture. These district advisory boards would have “more of a focus on issues important to each part of the City they serve. These boards could in turn provide advisory input to the respective captains in charge of each policing district.”

6.) Implement gang/school safety teams. The teams’ strategy would be “centered on gang enforcement officers working with Child Protective Services personnel to intervene in youth conflicts….” The teams could use social media and school-based intelligence to determine when to take action that would “prevent conflicts from escalating into acts of violence.”

In conclusion, the Board encourages the next chief “to think creatively to try to implement as many community oriented policing strategies as possible, and also to seek additional funds, which are needed, to make these new strategies a reality.”

The workshop lasted only 15 minutes. No time was spent on specifics. Board members trusted Council members to read the report.

Council members for the most part were supportive of the Board’s effort.

“Thank you for your service,” Council President Paul Caprioglio told Hunsaker, Murphy and other Board members sitting in the audience. “It’s citizens like you that make all the difference.”

Arias joined the Council last January. He is part of the Council’s increasingly assertive progressive wing. And it’s no secret that he and the Mayor (more of a centrist-conservative) don’t see eye-to-eye on some issues.

Brand recently announced that he would not seek a second term, saying he wanted to spend more time with his family. To say that this came as a surprise to many in Fresno is an understatement.

Dyer says he will run for mayor in 2020. He is slated to retire from Fresno PD in October 2019 after more than 18 years at the helm.

None of the four people who have been strong mayors in Fresno could be considered a progressive (at least during their campaigns). Fresno’s powerful progressive faction would very much like to send one of its own into the Mayor’s Office in 2020. Dyer’s considerable appeal to voters transcends ideological boundaries, but I’ve never heard him go whole-hog on progressivism.

Arias recently called on Dyer to resign in light of the Chief’s mayoral bid. Dyer answered with an emphatic no.

Arias in June pitched a program that would pay gang members a stipend if they avoided violence. Dyer said he opposes giving money to any gang member (this story was reported in superb detail by The Sun’s Executive Editor, Alex Tavlian).

This was just some of the context for the June 27 Council meeting. Dyer was sitting in the back of the Council Chamber. Arias asked Dyer to come to the pubic microphone.

Arias asked the Chief if he’d had a chance to review the Advisory Board’s report. Dyer said no – he had received a copy only a short time earlier.

I’ve seen the Chief in such a situation at Council meetings hundreds of times. A council member asks a question or seeks additional information. Dyer at the public microphone chats it up a bit with the council member. Nothing to unduly prolong the meeting – just enough social interaction to publicly reaffirm the sense of team between the two.

Dyer does this even when the question from the dais is on the foolish side. (What major recommendation could possibly come from the Advisory Board that wouldn’t cost more money to implement?)

There was no such brotherly chit-chat from the Chief this time.

The Chief did a quick 180-degree turn and headed back to his seat.

Take it from someone who has been there – that was a frosty “absolutely!”