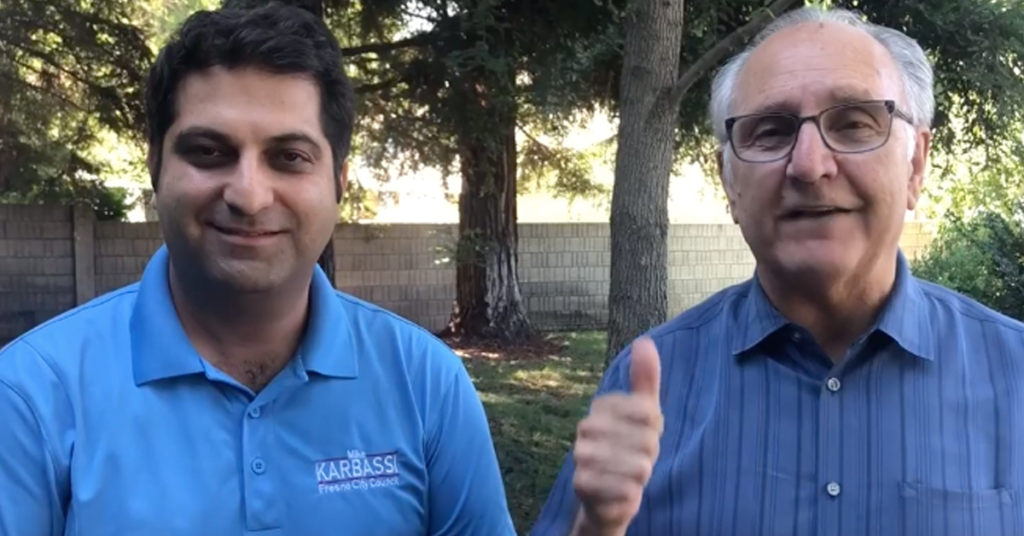 Fresno Mayor Lee Brand announced that he is endorsing Mike Karbassi for the District 2 City Council just before voters head to the polls in a special election.

Brand made the announcement in a Facebook video released Sunday.

“I enthusiastically endorse Mike Karbassi for Fresno City Council District 2,” Brand said. “[Karbassi] shares my vision of Fresno, which includes economic prosperity, improving public safety, improving the quality of life of all of our citizens and uniting this community under the cornerstone of economic development.”

“I am honored to have the support of Mayor Brand and the countless neighbors in our community,” Karbassi said in a release. “Northwest Fresno has been without a voice on the city council for months. I’m looking forward to being a strong advocate for my neighborhood city hall.

The special election will be held on Tuesday. Former councilman Steve Brandau vacated the seat to run for his current position on the Fresno County Board of Supervisors in April.

Karbassi is one of six candidates on the ballot. The other five candidates are Jared Gordon, Lawrence Garcia, Oscar Sandoval, George Herman, and Phil Arballo.