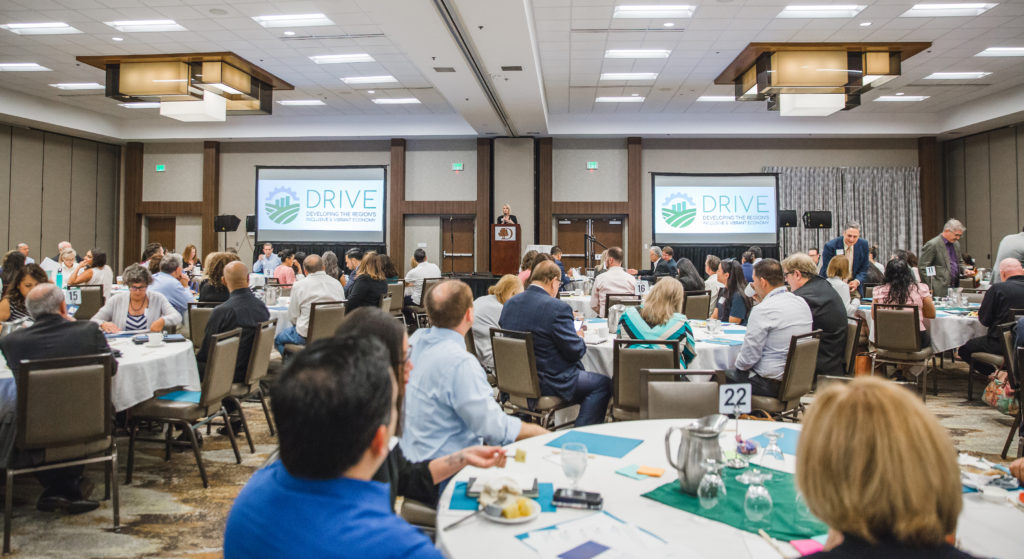 A new initiative aiming to improve economic disparities in the Fresno metropolitan area was heavy on working out discomfort over the city’s ongoing race issues, and relatively light on business insights.

About 200 people gathered at downtown Fresno’s DoubleTree hotel on Wednesday for the launch of Fresno DRIVE (Developing the Region’s Inclusive and Vibrant Economy) Initiative.

The goal of the initiative is to have a draft of a comprehensive 10-year investment plan for the California Economic Summit by November. The summit will be held in Fresno, and Gov. Gavin Newsom will attend.

Following the presentation, a few attendees commented that there were some issues with the methods of data collection, arguing that they weren’t the most accurate representations.

Shortly thereafter, attendees took on a discussion on economic and racial disparities in the region. With most of the conversation tilted toward economic issues and few raising the issue of race, former mayor Ashley Swearengin opted to heat up the conversation herself.

She mused aloud why no one had brought up the topic of race, ending her comments saying: “Nothing matters more than dealing with racial disparity in Fresno.”

The crowd applauded and shifted gears into a freewheeling discussion on race.

Nelson raised a recent blackface incident that rankled his own Bullard High School.

Baines echoed his concerns about the blackface issue, saying that there were probably people in the room who don’t understand the meaning and offense behind it.

He reminded the attendees that during his tenure at City Hall, he led the effort to ban the Confederate flag from the building. He added that people are still largely uncomfortable about talking about race.

That discomfort dominated the remaining conversation.

“Fresno is 60 percent people of color, so we can’t talk about the economy without talking about race in Fresno,” Swearengin told The Sun.

One thing Swearengin said she noticed over the last 20 years is that while the economy in Fresno may grow, it doesn’t necessarily mean everyone in the community will benefit.

“We have to make sure that all of our strategies are intentional about benefiting the people who live here,” Swearengin said.

Amid the conversation on the economy, one key element appeared to be missing: business leaders.

Fresno Chamber of Commerce President Nathan Ahle said he would have liked to see a better connection to the private sector.

“I would have liked to have seen more representation from the for-profit sector, from the folks that are doing the hiring and putting people to work,” Ahle said. “What are they looking for? What are the challenges that they’re finding?”

It’s a start for DRIVE. After the initiative draft is presented in November, it will go through a year of feedback, Swearengin said. Then the process starts for asking organizations to adopt it.

How the DRIVE plan will shift gears and expand from Wednesday’s conversation on race remains to be seen.