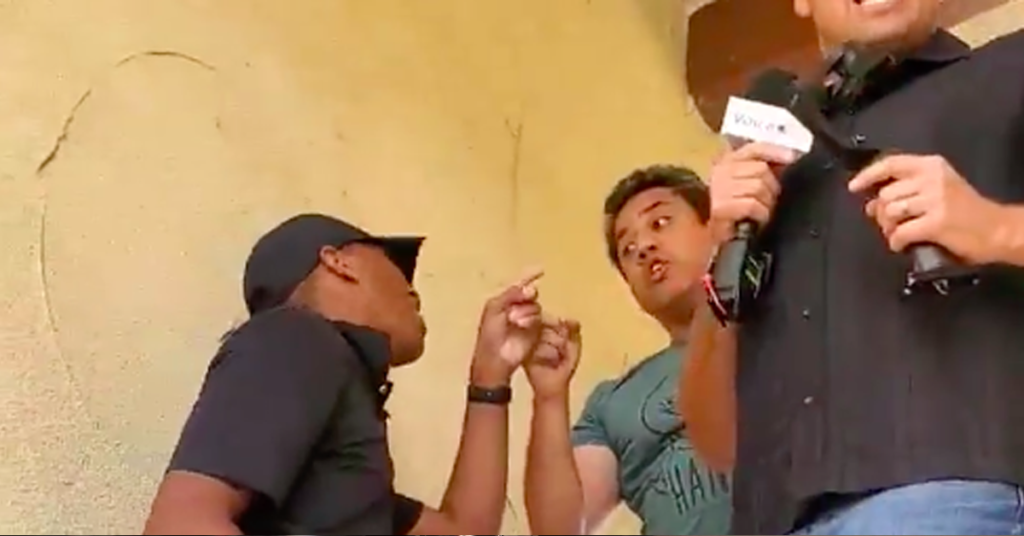 The Fresno County District Attorney’s Office will not file a criminal complaint alleging battery committed by Fresno City Council member Miguel Arias on protesters who trespassed onto his apartment complex in mid-May.

Arias was issued a citizen’s arrest citation for three counts of misdemeanor battery on May 12.

The citation resulted when protesters, joined by conservative activist and media figure Ben Bergquam, approached his apartment in downtown Fresno over the city’s shelter-in-place order and shutdown of local businesses.

Video recorded by protesters shows Arias and a few protesters engaged in a minor shoving match on the stairwell of Arias’ second floor apartment.

In a statement, Fresno County prosecutors stated that there were four key ethical considerations before pursuing charges against Arias – a complete and thorough investigation, legally-sufficient evidence that would be admissible at trial, legally-sufficient identification of the assailant, and the probability of conviction.

“In order to prosecute Mr. Arias for the crime of battery, the prosecution must prove beyond a reasonable doubt that Mr. Arias touched his accusers in a harmful or offensive manner,” a District Attorney’s office statement read.

“Additionally, because this incident transpired at Mr. Arias’ residence within a private gated community and involved uninvited or unescorted persons, the prosecution must also prove beyond a reasonable doubt that Mr. Arias exceeded his lawful right to use reasonable force to remove trespassers from the private residential property.”

The statement continued: “After carefully reviewing all of the investigative reports, including the witness statements given at or near the time of the incident, as well as numerous videos that captured the confrontation in real-time, the Fresno County District Attorney’s Office has reached the legal conclusion that the prosecution cannot disprove that Mr. Arias used reasonable force to eject trespassers from the private residential property.

“As a result, battery charges will not be filed in this case.”

In a statement, Arias expressed relief that the dark chapter was behind him.

“The District Attorney’s decision to not pursue the baseless claims made by out of town agitators was the right one,” Arias said. “These individuals came to my home specifically to provoke a confrontation and in the process threaten my family’s safety. They used a real health and economic crisis to gain media attention for themselves. I am pleased that local leaders and residents of all political ideologies see right through these reckless tactics and recognize that Fresno is better than that.”

“I am glad we can put this unfortunate incident behind us and hope that these agitators got the message that they will not distract me or my colleagues from the important task of protecting our city’s health and safety during this pandemic.”