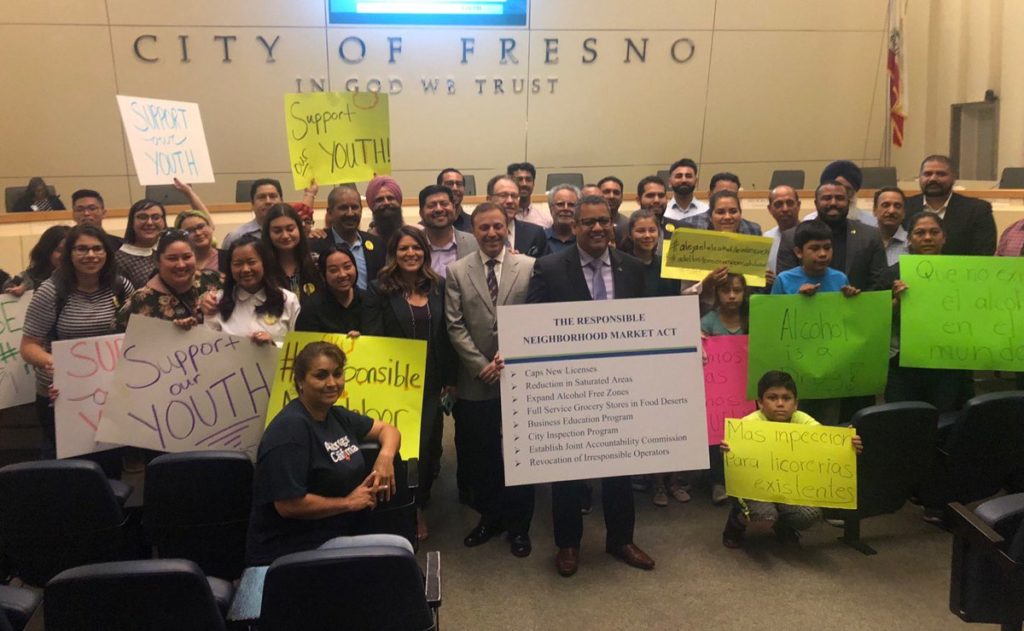 The Fresno City Council unanimously voted on Wednesday to approve an ordinance that would limit the number of liquor stores within the city limits by half.

Additionally, the measure would require new licensees to purchase an existing license from a business in a saturated area of the city, largely south Fresno.

The measure also expands the distance a liquor store can operate from a school – from the current 600 feet to 1,000 feet – creates a City-operated inspection program for operators, and limits the amount of window-space used for advertising to 5% of each window’s square footage.

During debate, northeast Fresno councilman Garry Bredefeld raised the likelihood of lackluster enforcement on the City’s inspection program. As it stands, the city’s code enforcement department has only two proactive units: one for weed abatement and one for rental housing.

Bredefeld pushed for added investment in the department to ensure it was sufficiently staffed to handle liquor store inspections. Council president Paul Caprioglio pushed the discussion off to budget negotiations.

The Fresno City Council was originally scheduled to consider a proposed 7-Eleven convenience store at the northwest corner of Cedar and Tulare avenues in southeast Fresno.

The location is directly across from Roosevelt High School and would be in violation of the newly-approved ordinance.

The project was temporarily withdrawn, as proponents did not have sufficient votes to avoid a denial, to be reworked.