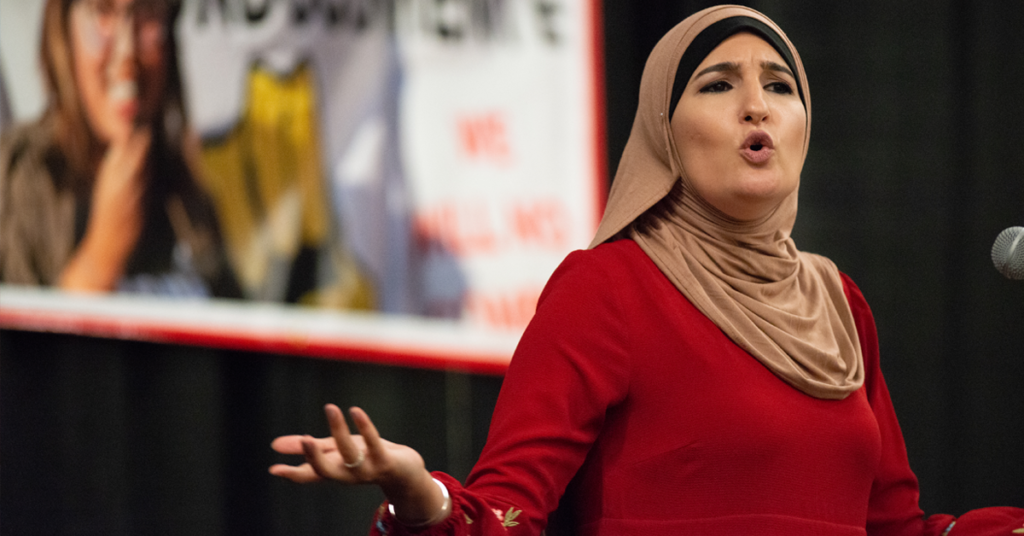 A top surrogate for presidential contender Sen. Bernie Sanders (D–Vermont) and key founder of the 2017 Women’s March is heading to Fresno on Sunday.

Linda Sarsour, an activist and ousted co-founder of the Women’s March, is slated to headline the third annual banquet of the Central California chapter of the Council on American-Islamic Relations (CAIR).

Sarsour is the former Executive Director of the Arab American Association of New York but is likely better known for her strong activism against President Donald Trump, culminating with her work as a co-founder of the 2017 Women’s March.

The March, which had a number of offshoots around the country, was held in Washington, D.C. on Jan. 21, 2017, the day after Trump’s inauguration.

Since 2017, Sarsour has been an outspoken member of the Resistance to Trump’s presidency, often organizing protests and engaging in civil disobedience – including being arrested attempting to interrupt the first day of Supreme Court Justice Brett Kavanaugh’s confirmation hearings last year.

In September, Sarsour endorsed Sanders in the Democratic primary.

Despite endorsing the Vermonter of Jewish descent, the Brooklyn-based activist has been on the receiving end of a wide array of criticism that her views and statements are anti-Semitic.

During a flurry of blowback over perceived anti-Semitism within its highest ranks, the Women’s March cut ties with Sarsour and two other co-chairs – Tamika Mallory and Mari Lynn “Bob” Bland – from the organization’s board in mid-September.

Sunday is not Sarsour’s first visit to the Valley. She spoke a Fresno conference hosted by the California Endowment in 2018.