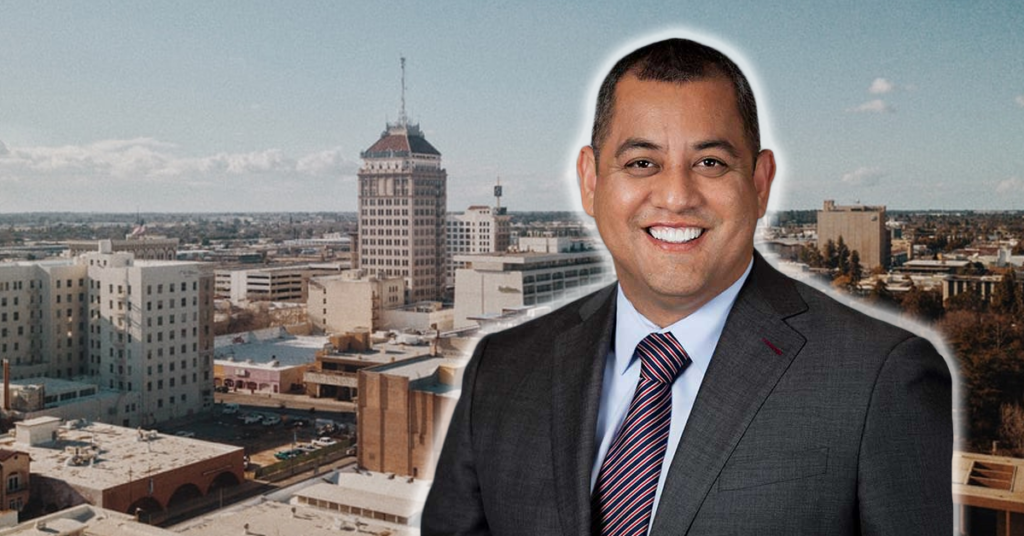 Fresno City Council Member Miguel Arias wants a guarantee that each council district is represented on the Planning Commission.

The City Council on Thursday will debate Arias’ proposed amendment to the Municipal Code.

The Commission has seven members. They are appointed by the Mayor and approved by the Council. Currently, there is no requirement that each council district be represented on the Commission.

There are seven council districts. Arias wants the Commission to evolve to where each district, by law, has a commissioner who lives within its borders. The Mayor would continue to appoint the commissioners, subject to Council approval.

Arias’ proposed addition to the Municipal Code reads in full: “Planning Commission Composition – As vacancies become available, the Mayor shall appoint, with the approval of Council, one Planning Commissioner from each Council District not currently represented by a seated member, in numerical order starting with District 1.”

The Planning Commission is probably the most powerful board/commission at City Hall. The City Charter lists the Commission’s powers thus:

1.) “After a public hearing thereon, recommend to the Council the adoption, amendment, or repeal of the General Plan, or any part thereof, for the development of the city.”

2.) “Exercise such control over land subdivisions as is granted to it by the Council.”

3.) “Make recommendations concerning proposed public works and for the clearance and rebuilding of blighted or substandard areas within the city.”

4.) “Exercise such functions with respect to zoning and land use as may be prescribed by ordinance, not inconsistent with provisions of this Charter.”

His proposal, Arias told me on Sunday, is to make the Commission’s composition reflective of the diversity of Fresno’s geography and population. Arias said he sees the current Commission as top-heavy with North Fresno-based commissioners.

Arias did not criticize the commissioners’ commitment to their duty. He did say it’s fair to suggest that a commissioner who lives in a recently developed area dominated by suburban tract homes might not fully understand the land-use challenges of older, inner-city neighborhoods. Arias said the policy-making problem arises when the Commission is heavily represented by commissioners living in newer parts of town.

Arias used his own District 3 as an example. This district encompasses much of Downtown, many of the residential neighborhoods of pre-World War II Fresno, new housing tracts and some of the most dynamic industrial park sites in the city. Arias said none of the current commissioners lives in District 3.

Arias emphasized that his proposal would not remove any of the current commissioners. The move to the “one commissioner for each council district” format would evolve through the ebb and flow of resignations.

“We don’t want folks who live north of Herndon making all the (land-use) decisions for all of Fresno,” Arias said.

Mayor Lee Brand said he opposes Arias’ proposal. He said the city law is quite clear about the Mayor’s responsibilities when it comes to appointing commissioners.

It’s also fair to suggest that Council Member Arias and Mayor Brand are often at odds.