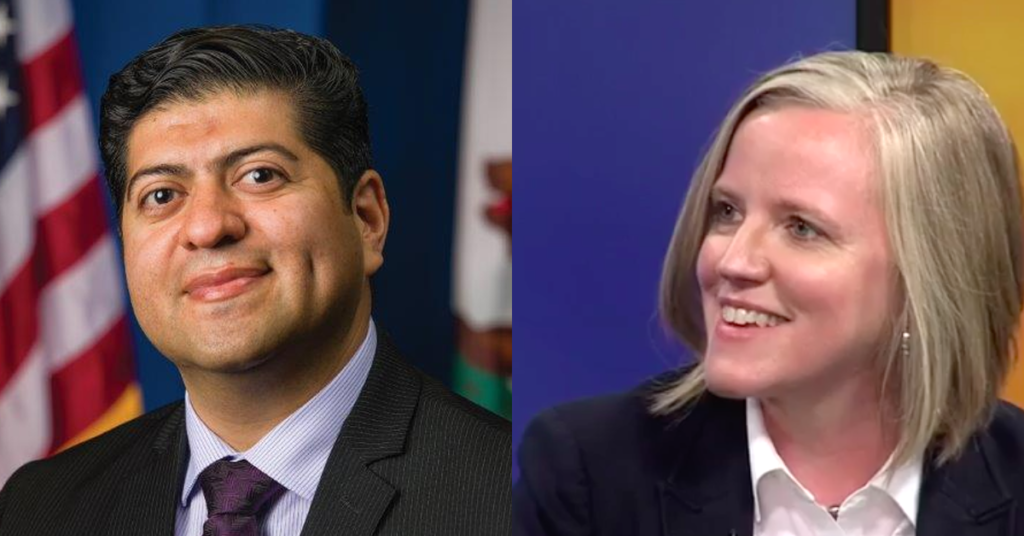 The Fresno City Council on Thursday voted to take some of the City Hall territory that traditionally has belonged to the Mayor-City Manager team.

I wrote last week about the resolution sponsored by Council member Luis Chavez. At question is which branch of city government gets sole use of Office 2085. It turns out that the Council has official authority over the fate of certain office space on City Hall’s second floor. That authority includes Office 2085.

Thursday’s hearing on the resolution lasted only five minutes. In this old City Hall reporter’s opinion, it has to rank among the most interesting five-minute hearings in Fresno history.

Let’s get right to the action.

Chavez began by saying “we should have named this one the Extra Very Friendly Respectful We Need More Office Act.”

Chavez added that the city is growing. That puts more pressure on council members and staffers as they respond to constituent concerns. Staffs grow, in part through summer internships. All these public servants need somewhere to do their duty.

“During the summer time, it’s like a little ant farm back here,” Chavez said, referring to quarters for the seven council members and their staffs (the District 2 seat is currently vacant).

Chavez said the resolution is designed to “codify” this policy goal.

“I will be as extra friendly and professional as possible,” Quan said. “But I will be candid right now. Earlier this morning Council member Soria referred to Council as stewards of taxpayer dollars. I feel this is a little ironic. I really don’t think this item is the best use of city time or resources. I can appreciate the constraints that we all have on office space. Every one of my directors are feeling the pinch… I’ve reached out to some of you to ask you what you need the space for. I’ve heard everything from storage of brooms for community cleanup events, I’ve heard storage of water bottles for your community meetings, I’ve heard interns as Council Chavez just mentioned. But what this does is it displaces two of my key female executive staff members, Laura Gloria and Jane (Sumpter), folks that I rely on daily to run this city, and I need very close proximity to me.

The former is a deputy city manager; the latter is an assistant city manager (according to the city’s web site). Office 2085 is close to Quan’s office.

Quan continued: “If you will tell me the problem that you are trying to solve, I’m happy to help find a solution. But to displace two key staff members that are here more than 40 hours a week is appalling to me. I’ll also tell you that since I learned about this item two weeks ago, I’ve been walking through your offices – or the ‘Ghost Town’ as it’s been referred to often – and I counted this morning 35 work stations, if you will. Unless it’s a Council day, only six or eight people are here. That’s less than 20% of those work stations being filled. So, for you all to displace two of my executive staff members just to get storage for water bottles I have issue with.”

The resolution also seeks seven parking spaces in City Hall’s south parking lot for council assistants. Quan says that part of the resolution may require notification of several of the city’s unions since compliance with such a resolution would displace other city employees.

Quan said adding seven parking spaces in the south lot to the City Council’s share would give the council an unreasonably large percentage of the highly valued stalls, especially “when on any given day there are only six or eight of you here.”

Quan thanked Bredefeld for the opportunity to express her opinion (and, by extension, the opinion of Mayor Lee Brand).

“You’re welcome,” Bredefeld said. “But when you say ‘Ghost Town,’ I’m not sure what that means.”

Quan: “I wasn’t referring to your office because you guys are here every single day.”

At this point, it was clear the hearing could have gone in a number of directions.

What did Quan mean by noting that displacement of part of her staff would involve two “female” employees? Does the gender of the displaced employees matter? If so, why?

If Quan is allowed to stroll through the City Council offices any time she wants to and do what essentially is a “bed check” on who’s sitting behind a desk and who isn’t, then do Council Members have the authority to do the same type of “bed check” on the Executive side of City Hall?

And what about priorities? I didn’t know the area where the council offices are located is referred to as “Ghost Town.” But Quan says that is the case.

Isn’t the highest priority here ensuring that all city employees – including everyone connected to the legislative and executive branches – stay on the job when they’re supposed to and earn their taxpayer-funded salaries rather than (apparently) being routinely truant?

Instead, I got the impression from Quan’s comments that none of her accusations about “Ghost Town” would have seen the light of day if Chavez had simply killed his resolution before it ever reach the dais.

If my impression is correct, then Quan in a public forum was making a serious accusation against the Council majority and their staffs – dereliction of duty – and doing so only when it served an opportunistic goal of the Brand Administration. If my impression is wrong, then does that mean the Brand Administration will soon take formal steps to put an end to “Ghost Town”?

Perhaps some of the council members were thinking along these same lines.

Led by Chavez, they said in the wake of the Quan-Bredefeld exhange, “What about mine? What about mine?” In other words, they challenged Quan. If there’s a “Ghost Town” in Council country, then name the offenders.

Bredefeld’s motion to reject the resolution died when it failed to get a second. Chavez’s motion (Arias made the second) to approve the resolution passed. The lone “no” vote came from Bredefeld.

I have filed a state Public Records Act request with the City Attorney’s Office. I want to review Quan’s notes from her two-week survey of City Hall’s “Ghost Town.”

The public deserves to see it, as well.