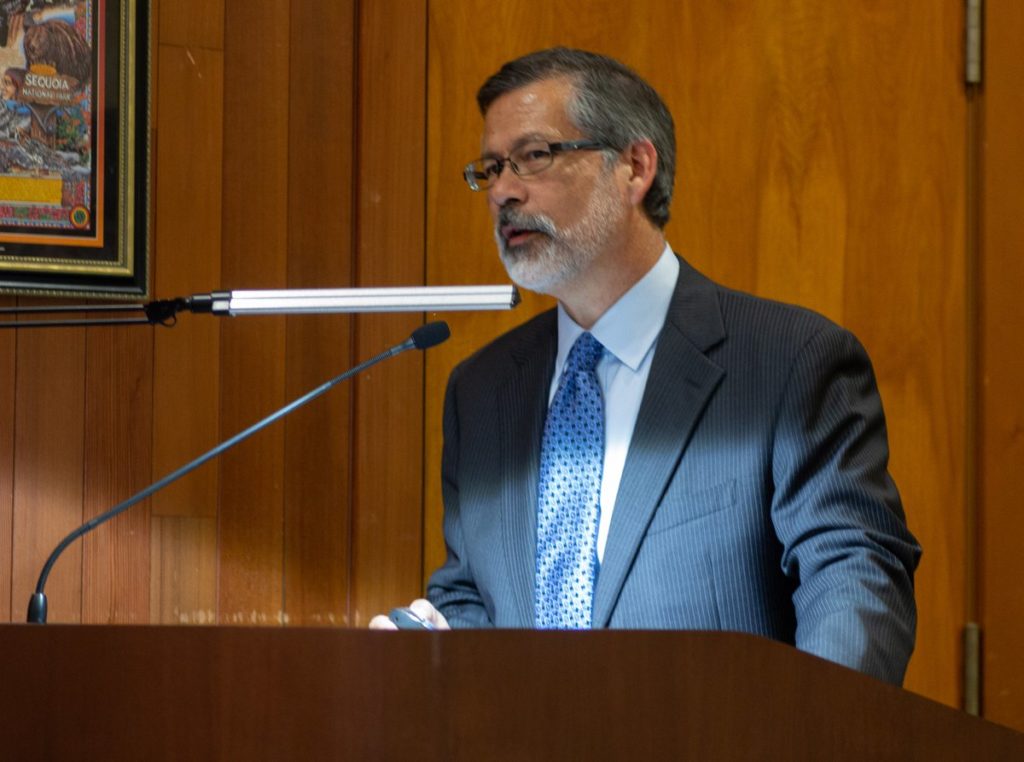 On a 5-2 vote from the Visalia Unified School District Board of Trustees, district Superintendent Todd Oto was ousted from his post during Tuesday night’s board meeting.

Oto continue to serve in his post until the school year concludes on June 7.

Oto spent his entire career at Visalia Unified, starting at Mt. Whitney High School as a teacher. He eventually took over for former Superintendent Craig Wheaton in 2016 when Wheaton departed to become deputy superintendent for Tulare County Office of Education.

Tuesday’s board meeting was heavily attended by teachers, parents, and students, as the Board of Trustees had previously scheduled the meeting for student achievement awards and to celebrate the district’s Teachers of the Year.

“I thank you for the support tonight. We have accomplished much in my time as superintendent. I am sad to be leaving the district I have called home for my entire career,” Oto said after the vote was announced.

Voting against the dismissal were Trustees Joy Naylor and Lucia Vazquez.

The Visalia Times-Delta reported that Oto’s performance has been an agenda item for 11 closed session school board meetings dating back to August of last year.

The school district has faced a number of blunders and public relations outcries at the outset of 2019.

The biggest issue the Board has grappled with are growing issues regarding student behavior on campuses and implementing the district’s behavior policy.

On Tuesday, the school board examined a proposal to open a specialized school for students at high-risk of truancy, suspensions, or expulsion. They took no action on the proposal.

Separately, the district received flak for a major clerical error at some of its schools in which student achievement numbers were drastically underreported to the California Department of Education.