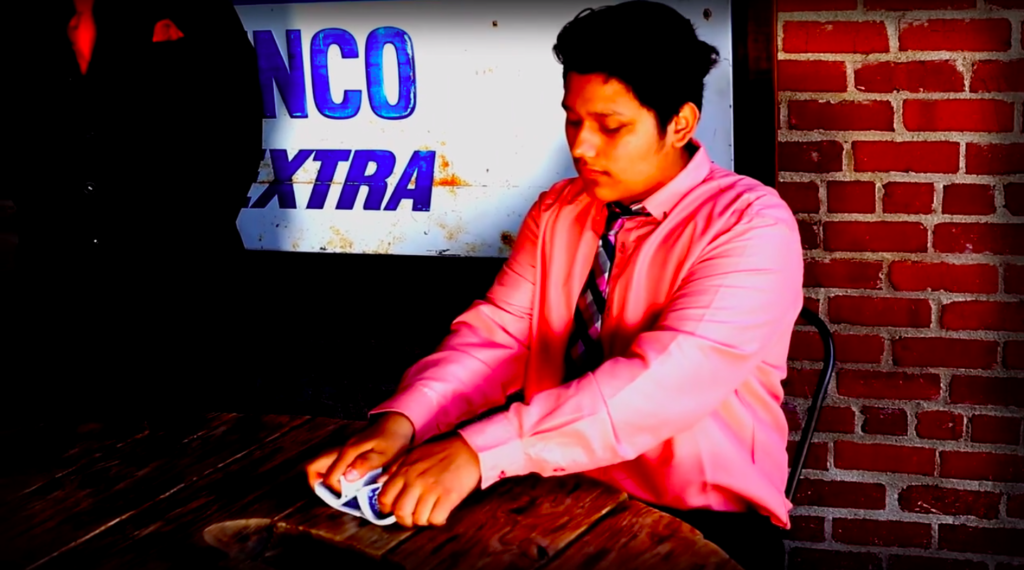 The production was part of the Betting On Our Future (BOOF) program, along with the Tulare County Office of Education, the California Office of Problem Gambling and the California Friday Night Live Partnership.

“It is truly an honor to be standing side-by-side with our staff and our young folks who are making a difference in their communities,” Hire said. “Young folks today face a plethora of influences and choices that are not always the best – be it gambling, gaming, games of chance, to tobacco use and the pressure to drink before they’re of legal age.”

Starting at the beginning of the school year, students from across California answered the BOOF Prevalence Survey, which gave a look into the problems youth face with underage gambling.

A large number of the returned surveys were from Tulare and Kings counties, combining for 43.8 percent of the state’s total.

The survey showed 62 percent of the students have gambled or bet. The average reported age of the first time a student gambled was 11. Nearly half of the respondents said they gambled on a monthly basis.

With these results, students engaged in a media campaign to raise awareness of the gambling problem by making signs, posters and public service announcement videos.

Jason Hopper, a media arts teacher at Hanford West, said he involved all of his classes in some level of the program.

He said he assigned students to reach out to the community and promote change through making interactive media content.

“The purpose of this is to turn the learning process upside down,” Hopper said. “In most lessons you provide a list of items that students need to complete in order to meet the expectations and standard of that particular lesson. With project based learning, you give them a problem and then you stand back and see how they approach that problem. In their pursuit of developing a solution, they often times learn more and learn deeper and reach further and open up doors that they normally wouldn’t through the course of a typical lesson.”

Hopper said he enjoyed seeing his students tackle a real-world problem and take initiative with an alternative learning process.

Students also went to business close to their schools and petitioned retailers to commit to not sell lottery tickets to minors.

Manuel Hernandez, a senior at El Diamante, was one of the students who presented the project Tuesday, and he went to various business around the school to promote the project.

Hernandez said he was nervous at first, but he received a great response from some businesses.

“I was surprised how responsive they were and how actually really cared about the cause,” Hernandez said. “They wanted to help out the youth.”

Since Hernandez is a senior, this is one of the last projects he worked on in high school. He said he’s happy to see his classmates take on a challenging project and working hard until graduation.

“We’re literally sprinting to the finish line, working hard, trying to do what’s best for our community,” Hernandez said.

Along with Hernandez, students Harrison Giannola of Hanford West and Gordon Boggs of Sequoia presented the project Tuesday.

“They’re out doing the work that adults are getting paid to do,” Hire said. “And gaining those skills that are going to help them be a success not only today but into the future, and serve as an inspiration for other kids who are facing those same challenges and difficult situations.”