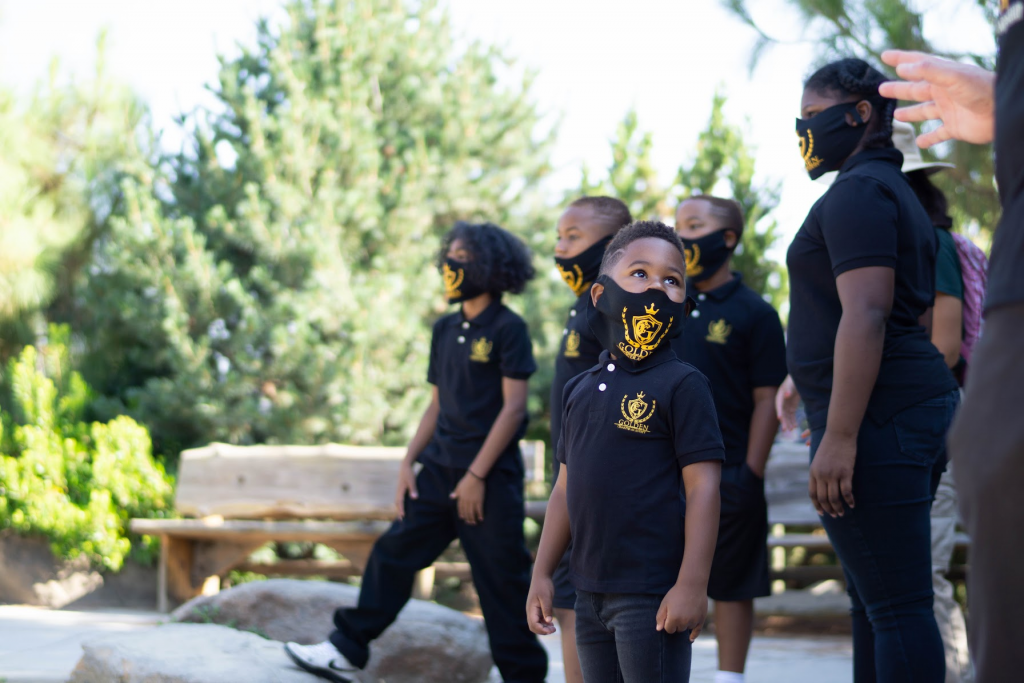 Golden Charter Academy is the next charter school opening up through Fresno Unified School District in the fall.

However, the school’s ability to successfully operate has been questioned, which raises an interesting comparison for Fresno Unified: will Golden Charter Academy follow in the footsteps of the failed New Millennium Institute of Education?

It’s a tough question to answer. New Millennium was an abject failure, while Golden Charter Academy is just getting started.

The new TK-8 charter school was founded by Robert Golden, a product of Edison High School who played six seasons in the NFL. Golden serves as the school’s president and chief executive officer.

Fresno Unified Trustee Keshia Thomas – who is also Golden’s mother-in-law – is also on Golden Charter Academy’s board of directors as well as serving as the school’s vice president.

That overlap between boards was one of the main issues that plagued New Millennium.

Former Fresno Unified trustee Cal Johnson was on staff at New Millennium as a crisis counselor, where he was reportedly paid $3,600 per month but would regularly skip work.

Johnson’s connections turned out to be just one of the issues. The school had reportedly violated state education codes for a decade, there were allegations of nepotism as well as a perceived lack of oversight from Fresno Unified.

The Fresno County Grand Jury eventually got involved and released a report in early 2013 concluding that the school “failed miserably” to educate students and showed “no indication that it is capable of providing a competent education.”

The Grand Jury recommended the district let the charter expire without a renewal, which the Fresno Unified board – absent Johnson, who recused himself – decided to do.

New MIllennium, however, is a cautionary tale, not an absolute certainty of history repeating itself.

For starters, there’s no indication that Thomas will have any position similar to what Johnson had with New Millennium.

According to his section on the school’s website, Golden’s interest in starting up his school comes from personal experience growing up in Fresno as well as a desire to help children in underserved communities.

“Robert wants to bring his leadership and development abilities to the underserved communities of Fresno,” the website reads. “He wants to help children become equipped with knowledge and skills for their future, knowing that exposure to a world-class education will change the trajectory of children and their families. Robert understands, from personal experience, the unequal opportunities that less fortunate families may have to overcome and desires to help children formulate their dreams and develop skills to make those dreams become reality.”

Only time will tell if Golden and Thomas – along with the rest of the board – can steer the school in the right direction, but an independent analysis provided to the FUSD board before it approved the charter reasoned that Golden Academy Charter will not be successful.

In the Public Interest – a national nonprofit research and policy organization that studies public goods and services – conducted the report that raised concerns that Fresno Unified lacked the necessary oversight when vetting the school.

The report discussed concerns about Golden Academy Charter’s long-term facility purchase, its start-up costs, the $8 million fiscal impact during the five-year term as well as enrollment and budget concerns.

In the Public Interest Senior Policy Advisor Clare Crawford told The Sun that she was confused why Fresno Unified officials did not vet the school more than it did before approving the charter.

“The process of authorizing a charter, that’s a vetting process,” Crawford said. “This is where the authorizer is supposed to say, ‘Are these folks good, do they know what they’re doing? Are they ready to start a school? Are all the ducks in a row?’

“And the fact that they said, ‘Well, some of the ducks are out of line, but we’re just not going to worry about that until the future,’ is very strange. And I would say that it behooves the board to really examine much more closely their oversight and authorization process.”

One of the major problems that Crawford perceives is Golden’s plan for a long-term facility. Initially, the school has an agreement with the Roman Catholic Diocese of Fresno to lease the old Our Lady of Victory Catholic School building.

The long-term plan is for Golden to purchase a permanent facility and then lease it to Golden Charter Academy.

Crawford said that would violate the state Government Code 1090, which prohibits self-dealing in government contracts.

As far as Thomas overlapping her spots on both boards, Crawford said it’s something that happens, but she doesn’t think that it is best practice.

“If her goal is to provide her expertise as an educator and her support, she does not need to actually be a board member to do that,” Crawford said.

“Anyone can do that and be an unofficial advisor without being put in a place of governance and having a legal obligation to the school as a board member. So what’s mystifying to me is I think putting herself in the position of being on the board creates conflicts that are unnecessary.”