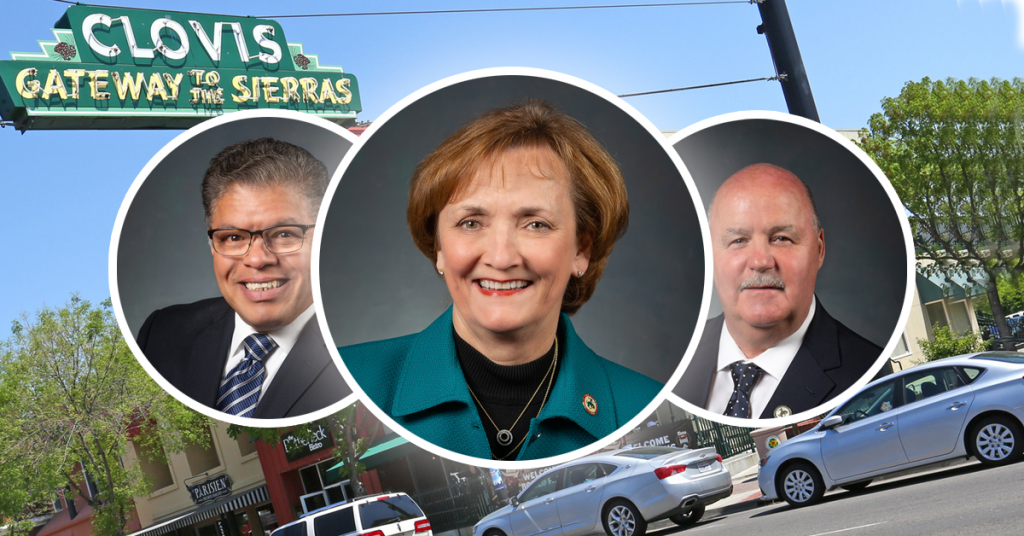 During Monday’s City Council meeting Ashbeck criticized Bessinger for participating in a press conference last Thursday wherein the Clovis Mayor called for the ability for schools to return to in-person instruction.

In follow-up remarks, first reported Tuesday night, Flores referred to Ashbeck as “the queen of Clovis.”

Ashbeck, as previously reported, is a senior vice president for the Madera County-headquartered children’s hospital.

READ THIS. I am shaking with rage at my own city council. One of them actually said to Lynne Ashbeck: “Just because you have your opinion, doesn’t make you the queen of Clovis.” Would you ever say that to a MAN, Mr. Flores? Call him a “King” as an insult? https://t.co/P38wgLu7Wv

Flores responded to Arboleda, stating that Ashbeck used the monicker on her own previously.

"Queen of Clovis" is a nickname Lynne has given herself. Please ask her. It was not a sexist remark, but a reference to her self-given moniker. Re-opening schools are supported in Clovis and Fresno by 70% & 75% respectively.

In a tweet thread, Arboleda said the Clovis City Council mocked Ashbeck for participating in Council meetings by video conference calls and “needed to be convinced to wear masks.”

During last Thursday’s press conference featuring Bessinger, Arboleda was outspoken in opposition to the proposals and views proffered by not only the Clovis Mayor, but Fresno City Councilman Garry Bredefeld.

She reiterated that view late Tuesday.

The mayor of Clovis should never have taken part in that circus of a news conference last week. Not while his own teachers are still trying to figure out what to do. Not when we have high transmission rates. Not when the governor has already said – Guys, you can’t reopen yet!

In concluding her thread, Arboleda issued a disclaimer that her comments reflected her personal views as a Clovis resident, not in her professional capacity.

The disclaimer inadvertently underscored what sparked the bitter Ashbeck-Flores argument.

Ashbeck contended that Bessinger’s participation in the Thursday press conference didn’t reflect his personal views, but served as a city-wide endorsement of the message.