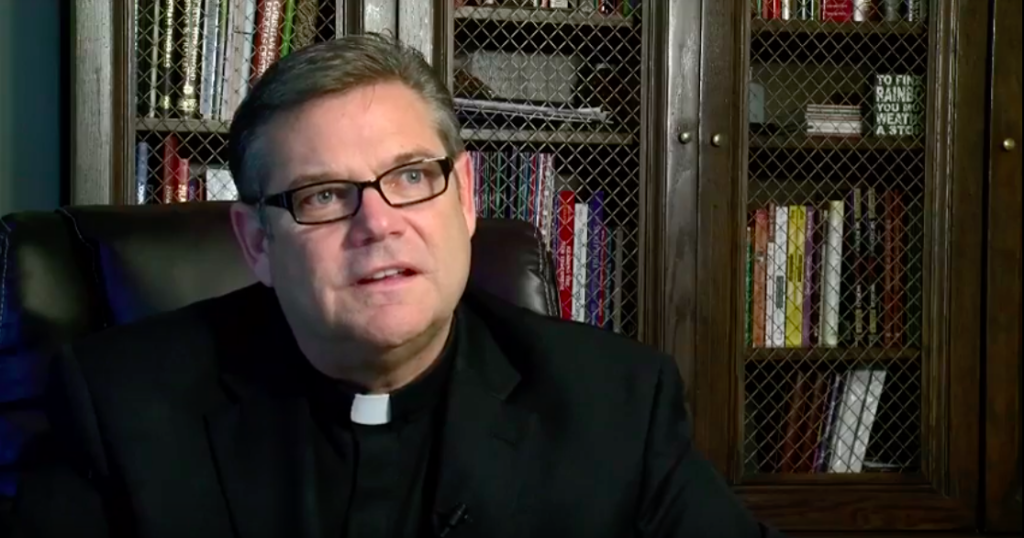 The announcement comes after allegations by a man who interacted with Harrison while the priest was working at St. Patrick’s Catholic Church in Merced. The alleged victim was 16 years old at the time.

A report by The Bakersfield Californian said that the alleged victim first met Harrison in an attempt to improve his behavior when his parents began to suspect he was using drugs.

According to the alleged victim, Harrison requested he provide a urine sample. While in the bathroom, Harrison allegedly followed him in and inappropriately touched him.

Despite an investigation by Merced Police concluding in mid-October, the county’s District Attorney said that it would not pursue charges due to the fact that the alleged incidents occurred in 1987 and 1988, outside the statute of limitations for prosecution.

“We are grateful for the hard work and effort of the Merced District Attorney and Merced Police Department in reviewing the allegations in this instance,” Harrison attorney Kyle Humphrey said in a statement to The Bakersfield Californian. “We expected and believed that no charges would be filed because Monsignor Harrison is innocent.”

Harrison has been under the microscope of three different sets of law enforcement agencies since April, when an allegation of assault surfaced in Firebaugh. Harrison previously served at St. Joseph’s Church in the western Fresno County farming hamlet.

The Bakersfield Police Department closed its case on the alleged incidents in July without a referral to the Kern County District Attorney’s office, citing the passing of the statute of limitations and insufficient evidence on claims.

The status of the Firebaugh Police Department investigation into Harrison remains unclear. The Roman Catholic Diocese of Fresno is engaging in a concurrent internal investigation following the initial allegations.

Harrison has recently filed a defamation suit against a Catholic monk who went forward with allegations of misconduct in Bakersfield and had a hand in convincing an alleged victim in Firebaugh to come forward.