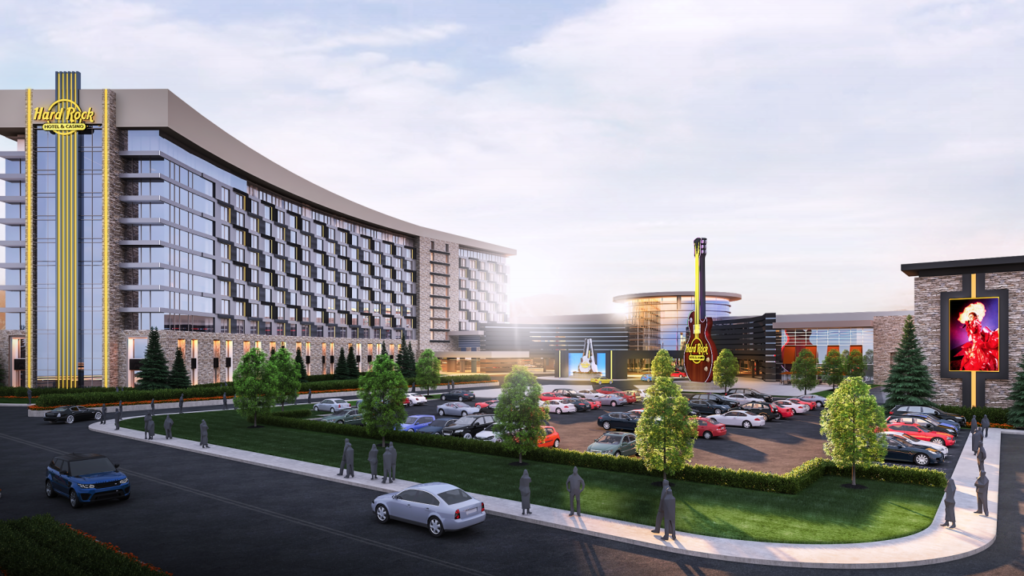 The Tejon Indian Tribe announced Tuesday that its pending new hotel and casino project to be located in south Kern County will be operated by Hard Rock International.

The Hard Rock Hotel & Casino Tejon Project will cost about $600 million and will be located just west of Highway 99 outside of Mettler.

A joint venture controlled by Hard Rock International will develop and operate the casino on tribal lands.

“We welcome this project as an important step for our tribe and know that this project will be a great economic driver,” said Octavio Escobedo, Tejon Tribe chairman, in a release. “It will bring positive benefits for our tribal citizens as well as for the Kern County community for decades to come. Good paying jobs and career opportunities translate into better healthcare, education and economic independence.”

The project will be developed on a 306-acre parcel of land. The hotel casino will be built on 52-acre portion, and 22 adjacent acres will be designated for an RV park. The tribe will use the rest of the property to build administrative offices, a health facility, housing and supporting infrastructure.

A federal review process to review the project will take at least a year. The Bureau of Indian Affairs recently completed a scoping report as part of an environmental review process.

The tribe said it expects the project to create over 1,000 construction jobs and more than 2,000 permanent jobs.

“We look forward to building a first-class project with the Tejon Indian Tribe that equals our hotel and casino projects across the world,” said Jim Allen, chairman and CEO of Hard Rock International, in the release.

The tribe said the project is designed to provide a complete resort experience. It will include a 400-room hotel, restaurants, bars, a spa, a fitness facility and a concert venue.

It will also include the largest conference and meeting space in Kern County.

“Our project will be privately financed, not costing taxpayers a single dime, and employment opportunities will be available to all qualified applicants, not just tribal members,” Escobedo said.

In the release, Richard Chapman, CEO of Kern Economic Development Corp, said the project will attract new money to the local economy and will draw people from throughout California.

The Tejon Tribe currently has 972 members, a vast majority of which live in Kern County.