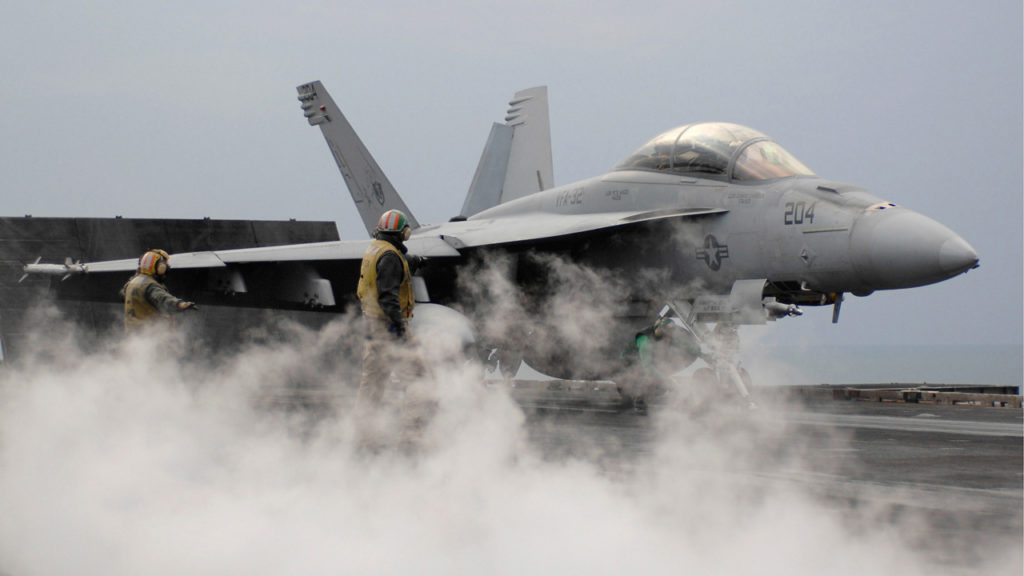 The Navy tweeted that the crash was on a “routine training flight” from Strike Fighter Squadron One Five One, based out of NAS Lemoore, when the crash occurred.

The crash occurred in an area of the park known as “Star Wars Canyon.” Tourists often assemble in this area to watch fighter jets practice low-level flights.

The lone pilot of the Super Hornet remains missing. Search and rescue crews from NAS Lemoore and nearby Naval Air Weapons Station China Lake are conducting a search of the area to find the aviator.

The cause of the crash is under investigation.