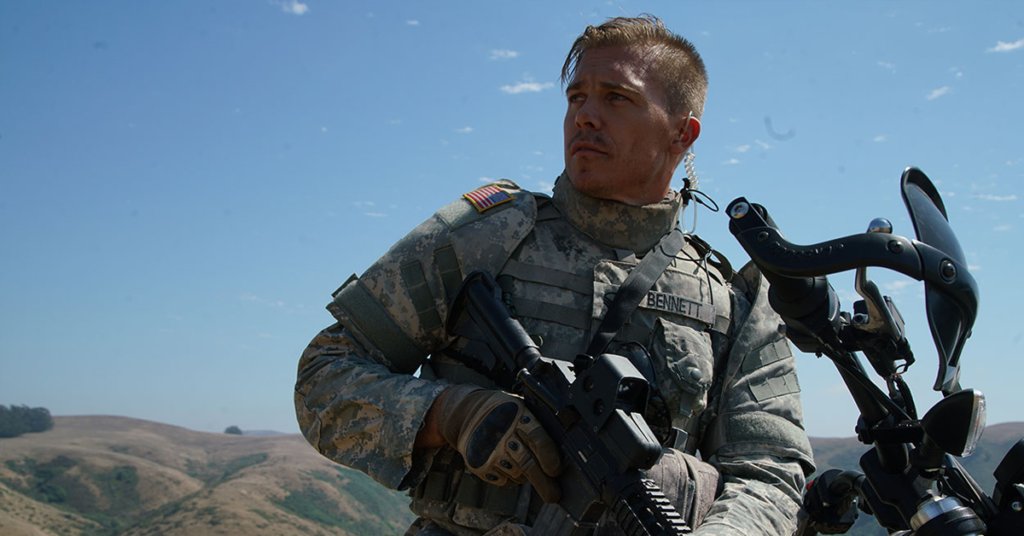 A new, independent film is looking to shake up the narrative of American soldiers returning home from war.

In “Bennett’s War,” motocross is the path to salvation.

The film, produced by independent studio Forrest Films, stars Michael Roark (Magic Mike, “The Young and the Restless”) as Marshall Bennett, a soldier in the Army Motorcycle Unit who is medically discharged from the service following an IED explosion overseas.

After undergoing life-saving surgery, Bennett’s motorcycle riding days are over. Things change when his family’s farm is about to be foreclosed upon.