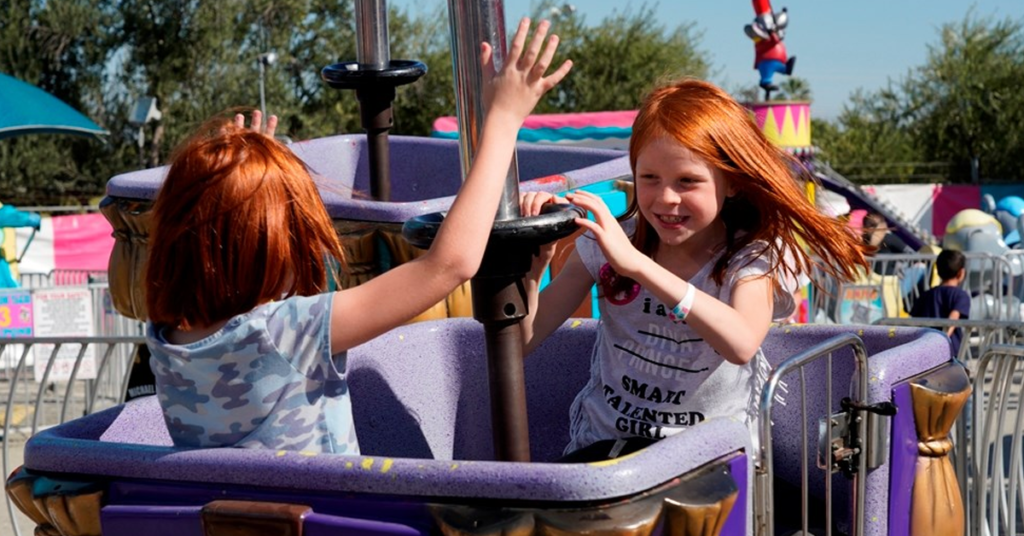 The first day of the 2019 Big Fresno Fair is in the books.

Over the next 12 days, we’ll be exploring various new exhibits, crazy food inventions, and much more. On Opening Day, two major items that stood out:

Iron Mountain, a collection of metal-based artwork honoring Valley heritage and leaders, has become the logical extension of the Fair’s work since unveiling the 32-foot, 33-ton “Tractor Tree” last season.

Last week, Dyer was honored with a 14-foot statue made of various repurposed farm implements to create a Transformer-esque representation of his tenure as police chief, complete with insignia from the department’s various units.

Before the Opening Ceremony on Wednesday, Tedford took part in a ceremony to unveil the “Tedford Tuff” bulldog sculpture and bench.

The Elephant in the Room on Horse Racing

The Arcadia-based race track has generated a raft of bad press over the dozens of euthanized horses running its track in 2019.

During Wednesday’s opening ceremonies, Alkire assured the crowd that Fair staff had taken additional precautions to condition the track in an effort to protect the young horses racing in the coming weeks.

He added that the Fair hadn’t forgotten its role in protecting and promoting animal husbandry, including in racing.

Horse racing also kicks off at the Brian I. Tatarian Grandstand. Daniel Gligich has a terrific recap of racing schedules for the Fair season.