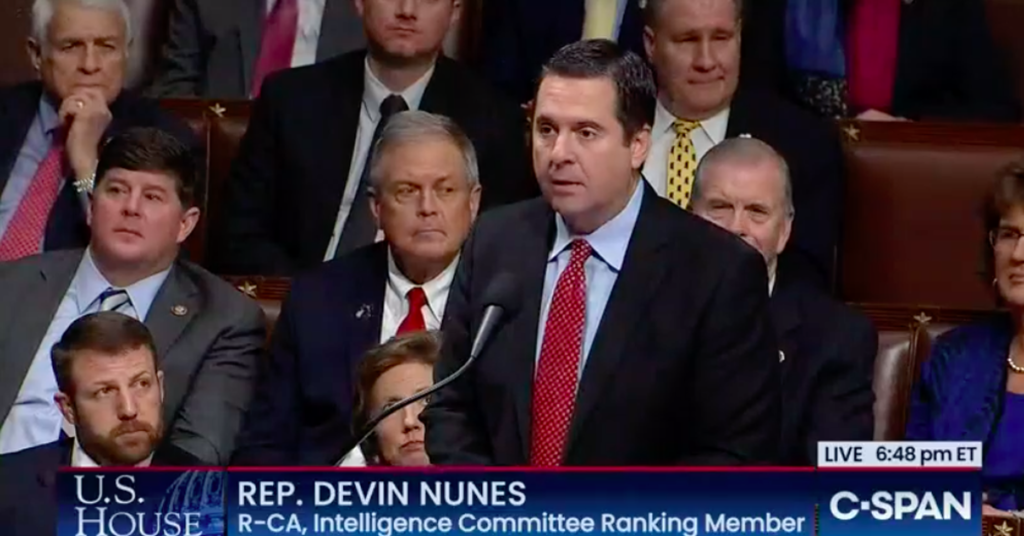 Throughout Wednesday, members of Congress have debated two articles of impeachment against President Donald Trump.

Watch their remarks, in order of debate:

In his remarks, Costa pointed to various pieces of testimony from the impeachment inquiry before reaching a conclusion to support impeachment.

“The weight of history, and my belief in the Constitution of the United States and our own national security interests have led me to this vote,” Costa said.

Nunes, the ranking member of the House Intelligence Committee, spoke at length about the multi-year Democratic effort to “expel the President.”

“The Democrats showcased the most useful witnesses in public hearings that somehow reduced support for impeachment. It’s not easy to make a coup attempt boring, but the Democrats found a way,” Nunes said.

“But the only thing that President Trump is guilty of is beating Hillary Clinton,” he later added.

“I must warn you, I’m about to say something my Democratic colleagues hate to hear: Donald J. Trump is President of the United States,” McCarthy started his remarks. “He is President today. He’ll be President tomorrow. And he will be President when this impeachment is over. Madam Speaker, when they accept that, maybe this House can get back to work for the American people.”