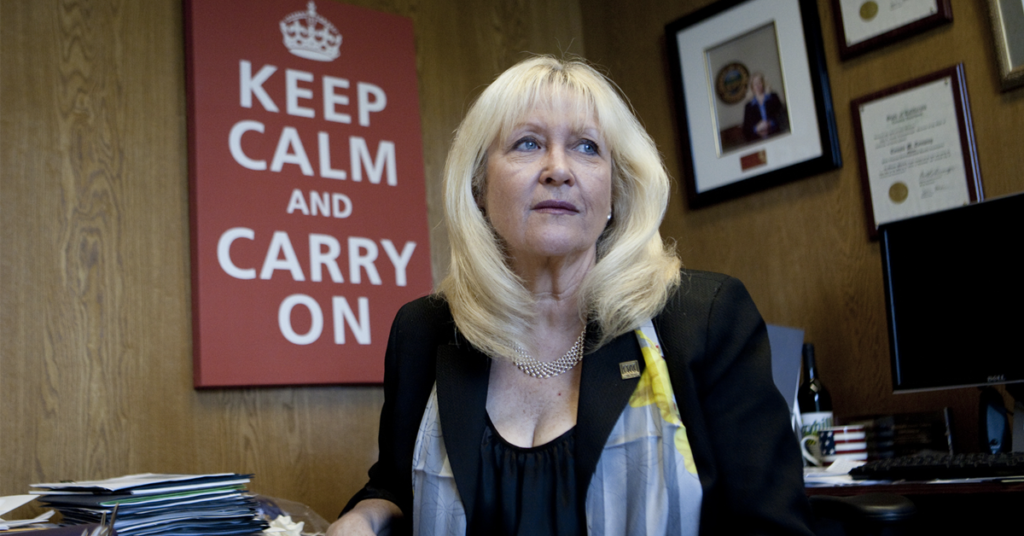 Connie Conway, the former Assembly Republican Leader, was tapped to become the State Executive Director for the U.S. Department of Agriculture’s Farm Service Agency on Monday.

Conway is the latest Valley politico to join the Trump administration in the Ag department. Local water maven, and former California Water Alliance chief, Aubrey Bettencourt was previously appointed to the post in 2017.

“I am appreciative of the opportunity I have been give,” Conway told The Sun on Monday. “Agriculture is a driving force in the economy of California and I am honored to be able to continue to serve the Central Valley and the entire state in a way that benefits everyone”

Conway will oversee California’s Farm Service Agency outpost implementing various USDA policies and running the state’s FSA office. Her appointment is a political appointment and lasts the tenure of the current administration.

“Serving as State Executive Director for the Farm Service Agency in California, Connie Conway will help ensure that USDA is offering the best customer service to our farmers, ranchers, foresters, and agricultural producers across the country,” said FSA Administrator Richard Fordyce. “Our goal is to help rural America prosper, and Connie Conway will be of great assistance in that task.”

Conway served as the minority leader in the California State Assembly from 2010 through 2014. Prior to that, she served as a Tulare County Supervisor.