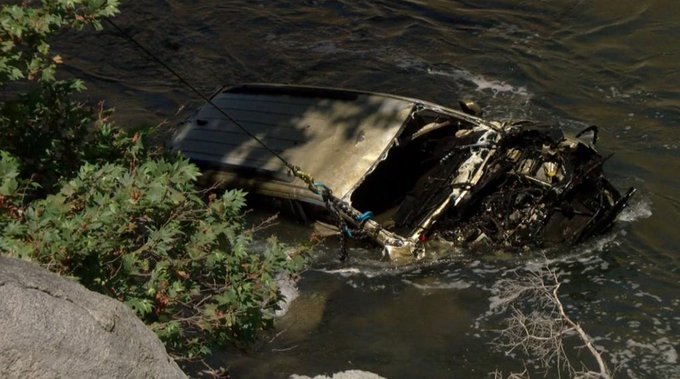 The vehicle matches a description of silver Dodge Durango belonging to missing McFarland City Manager John Wooner. The Kern County Coroner has not confirmed the identity of the man in the SUV.

Wooner vanished in May and was last seen visiting Hillcrest Memorial Park, a cemetery in Bakersfield.

The car was initially discovered in the river, off of Highway 178 near the Sandy Flat Campground, on Saturday afternoon.

CHP officers were sent to the site on Saturday, which is 11 miles from the cemetery Wooner was last seen.

Reports from Saturday said that the vehicle appeared to be in the water for some time, but was only visible since the water level in the Kern River dropped roughly three feet last week.

Extracting the vehicle was delayed until Sunday.