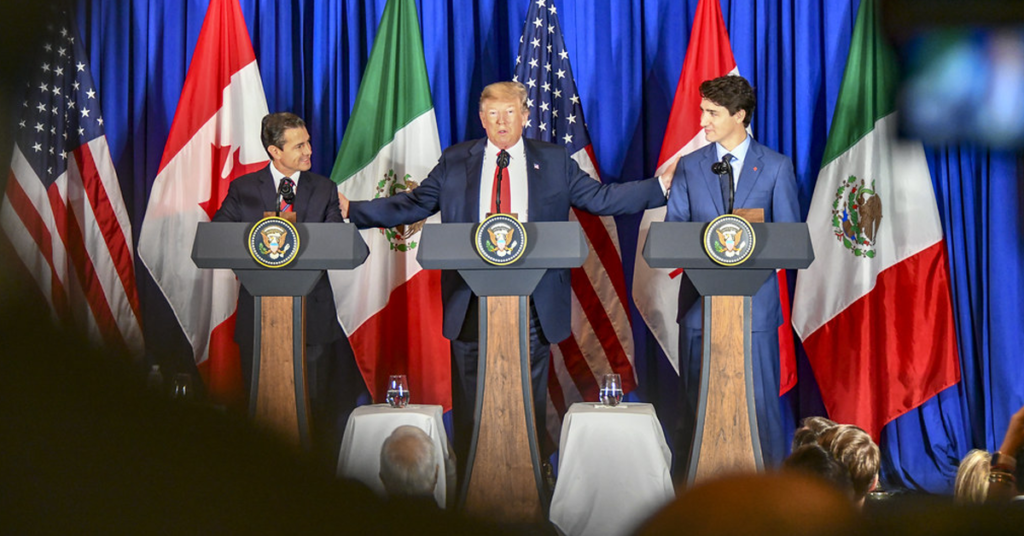 One day after impeaching President Donald Trump and just before casting the final legislative vote of the decade, the House of Representatives approved the United States-Mexico-Canada Agreement.

The trade agreement serves as the successor to the North America Free Trade Agreement (NAFTA), a Clinton-era trade deal much maligned by Republicans and Democrats alike.

The House vote comes roughly one year after reaching an agreement with trade representatives in Mexico and Canada.

Facing resistance from the House Democratic majority, the road to passage was relatively rocky for the Trump administration.

However, the Trump team led a full-court press in California, dispatching some of its top personnel to put pressure on Democratic members of Congress to advance USMCA.

On Thursday, representatives celebrated the passage – a boon for Valley farmers looking to level the playing field on commodity pricing and labor standards in agriculture.

“USMCA will deliver tremendous economic benefits to the Central Valley,” Rep. Devin Nunes (R–Tulare) said. “Agricultural products that had zero tariffs under NAFTA will continue to be tariff free, while American dairy farmers will now have access to previously unopened Canadian markets.”

“This is the model we should work from on all future trade deals,” Harder said in a statement. “Everyone came to the table to work this out, and we got the labor protections we need to stop jobs from being shipped overseas.”

Earlier this week, Rep. Tom McClintock (R–Elk Grove) bemoaned the trade deal languishing in the House for a year, partially owing to the impeachment battle on Capitol Hill.

“The tragedy is this has been delayed for a full year,” Representative Tom McClintock told Nexstar. “It’s cost us hundreds of thousands of jobs that could’ve been created this past year.”