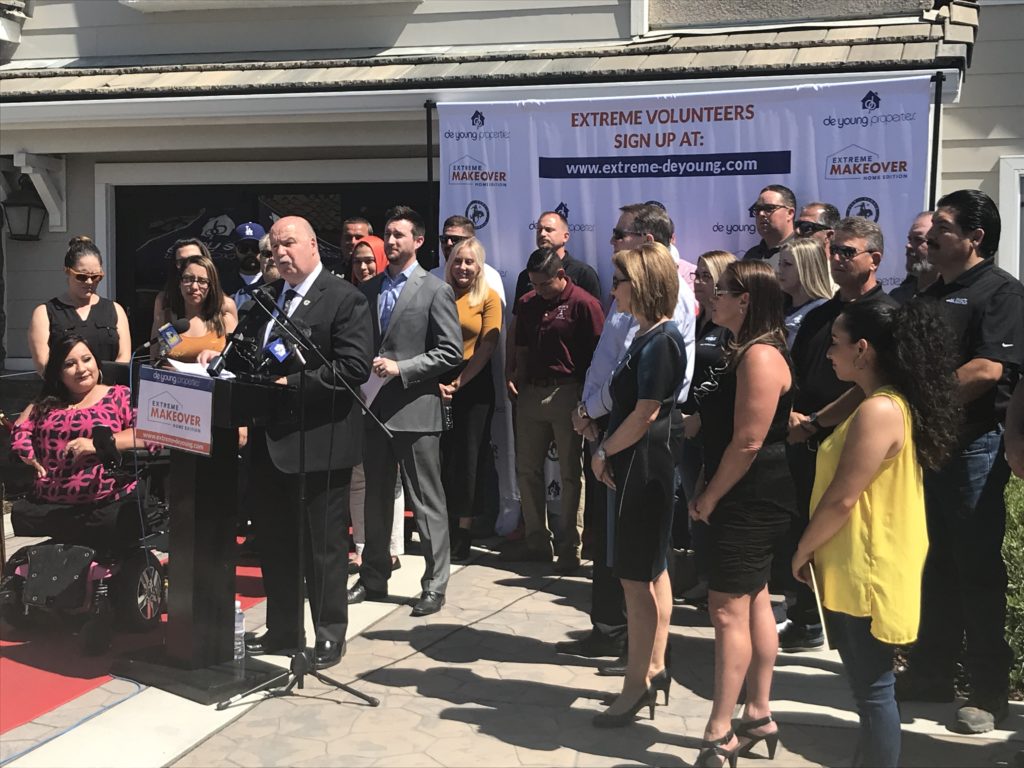 One lucky Clovis family is about to have a life changing event. The television show “Extreme Makeover: Home Edition” is rebooting and will film its debut episode in Clovis.

The city announced the show’s return Wednesday at the De Young Leonard Welcome Center in Clovis.

“This special project will allow our community an opportunity to come together and combine our skills and efforts to make an extremely remarkable thing possible,” said Clovis Mayor Drew Bessinger.

“Extreme Makeover: Home Edition” is partnering with local developer De Young Properties to build a house for one lucky family. The developer will condense the usual month-long process of building a home into just seven days.

“The families – we know how deserving they are,” De Young said. “Not only do they have a need, but they actually give back to the community that they’re within. So it’s a really inspiring story that we always want to be a part of and of course showcase our local community in a great spotlight nationally.”

The show was in Fresno County once before, previously teaming up with De Young Properties. In 2009, Fresno resident Mary Ann Riojas was selected.

“What we witnessed in 2009 was truly more than reality television,” De Young said. “We saw passion. We saw love, and we saw the enormous impact that comes from a community of people ready to step up to the challenge and day, ‘It’s time to do something special here.”

Riojas uses a wheelchair because she was born with one fully-developed arm and no legs.

She said the project was life changing is very excited for the family that will be selected.

“I think I’m more excited for them than I was for me when I got my home,” Riojas said. “I can only think what they’re going through right now. They are going to get a blessing.”

Many families around Clovis have been nominated for the project, but it’s all confidential at this point, Bessinger said. The selected family will be announced on July 27 when the production team knocks on their door.

All costs for the house will be donated, De Young said, leaving the cost to the recipient to be very limited.

The city is asking for individuals and businesses to volunteer and donate. The crew will need help in both construction and non-construction roles.

“I can just imagine the blessings that this family is going to receive,” Riojas said. “Whatever their obstacle is, it’s going to go away.”