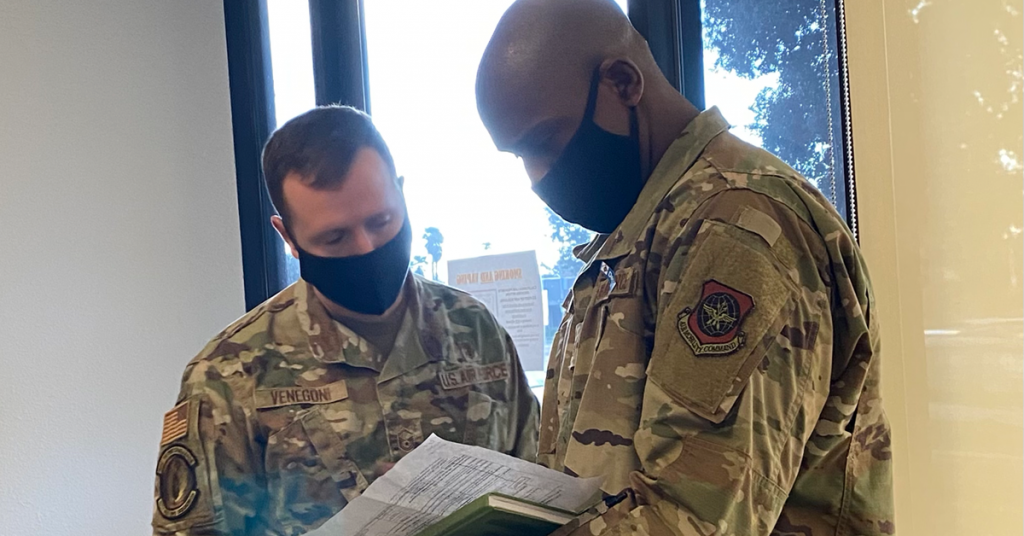 With the State of California extending the San Joaquin Valley’s shelter-in-place order Tuesday, Fresno County COVID-19 hospitalizations once again hit a new peak as the local health care system is finding a way to manage during the coronavirus surge.

According to the latest update from the state, Fresno County currently has 637 hospitalized individuals who have COVID-19, as well as 40 other patients who are suspected of having the virus.

Of that total of 677 hospitalized patients, 118 of them are being cared for in the county’s 150 total ICU beds.

Fresno County Interim Health Officer Dr. Rais Vohra said the county continues to receive shipments of the Pfizer and Moderna manufactured coronavirus vaccines weekly, which are being allocated to health care workers as part of the first phase of distribution, per the state’s guidance.

While the vaccine is being distributed, Fresno County is averaging a 16.6 percent positivity rate over the last week – according to data provided by the state – as well as averaging 84.9 new COVID-19 cases every day per 100,000 people. The state adjusted the daily case rate down to 56.2 for the county’s COVID-19 tier assignment as part of the reopening blueprint.

Before Fresno County reentered the purple and most restrictive tier in November, the county’s adjusted case rate per 100,000 people had been below 7.

“I think any gathering outside the household is high risk at this time,” said Vohra in a public health briefing. “Thanksgiving is not an exception. I think much of this surge – not all of it, but much of it – can be explained by the gatherings that did happen around Thanksgiving and really the general level of activity that was happening in the days following Thanksgiving.

“I’m very worried about what we’re going to see in the next couple of weeks, just because I know that people are still not fully mindful of the advice that we’re putting out. Some of them are in denial, and that’s unfortunate. Some of them just choose to – I’m not even sure what the right word is – I guess flaunt or challenge the science and think that they’re perhaps protected or exceptional. It’s very disappointing. We have really good information about how to keep people safe.”

20 military personnel dispatched by the Pentagon at the request of the U.S. Federal Emergency Management Agency began orientation at Community Regional Medical Center on Tuesday.

15 members of the military support team are Airmen from the 60th Medical Group assigned from Travis Air Force Base.

The remaining five personnel are U.S. Army from the 627th Hospital Center in Fort Carson, Colo.

However, the county could look to set up similar alternate care sites at other hospitals – since the CRMC site has been working exceptionally well – before activating the convention center site if needed.

Lynch said the county has been in contact with St. Agnes Medical Center about potentially opening up an alternate care site at the north Fresno hospital.

“We really like the blueprint of opening up capacity near a hospital that we can basically use their services,” Lynch said. “I think it’s safer for the patient. I think it’s good for the system.”

Last week Lynch and EMS implemented a new “assess and refer” policy for the paramedics who respond to ambulance calls in Fresno, Kings, Madera and Tulare Counties.

Under the policy, the emergency workers assess the condition of the individuals who requested an ambulance on site and determine whether or not it is necessary to take them to the emergency room. If not, paramedics are directed to refer patients to seek treatment elsewhere, such as at an urgent care facility or with their general practitioner.

There have been 320 patients that have been referred elsewhere by paramedics, Lynch said, which has helped keep the hospitals from becoming overwhelmed.

“That’s 40-plus patients a day that are not going to the emergency department and being referred to other places,” Lynch said.

Any patients who are not taken to the emergency room by ambulance still have the option find their own way there.

“It’s keeping the EMS system capacity available, but also if those patients choose to go to an urgent care or use telemedicine or go to their private physician in the next couple days, it’s opening up that capacity for the emergency departments, which is really what it’s designed to do,” Lynch said. “We’ve implemented some good things. We’re watching it closely of course, but it seems to be doing exactly what it’s designed to do.”