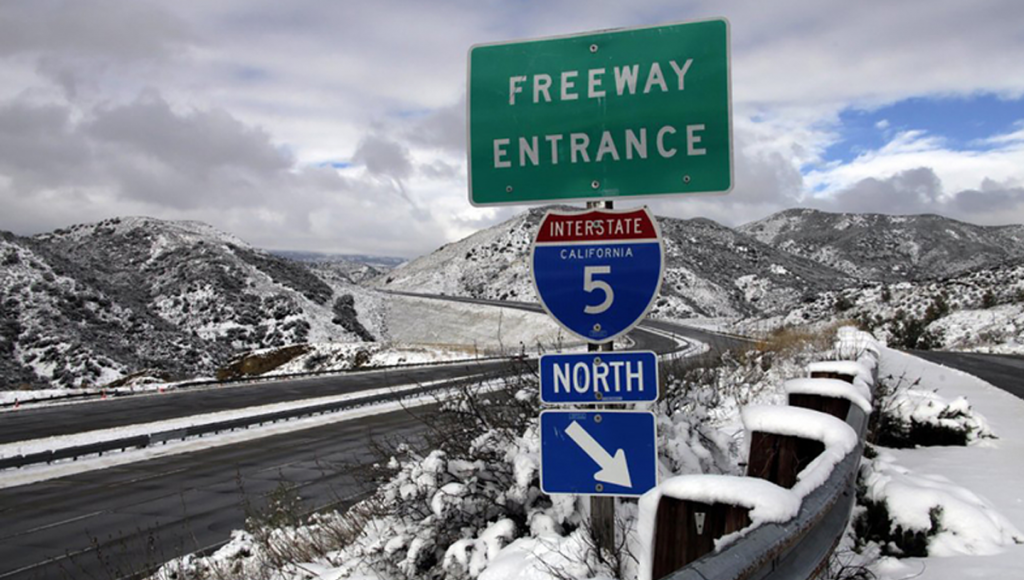 Jan. 26, 2021, 12:01 p.m.: After an overnight closure of two key arteries between the San Joaquin Valley and Southern California, conditions have eased to allow for vehicle traffic.

Caltrans and the California Highway Patrol announced late Tuesday morning that the Grapevine stretch of Interstate 5 had reopened in both directions.

Highway 58, which runs from Bakersfield through to Tehachapi, had also reopened, albeit with CHP patrol officers escorting traffic due to the conditions of the roads in the Tehachapi Pass.

National Weather Service officials warn of the atmospheric river arriving from northern California, which is expected to provide a dousing in the Bay Area along with storms in the Central Valley and snowfall at lower elevations in the Sierras.

Forecasts for the region from the National Weather Service point to a week of cloudy weather and rain on the Valley floor.

Meanwhile, Sunday storms left about a half-inch to three-quarter-inch of precipitation in the lower elevations of the Sierra foothills.

Over the weekend, forecasters pegged the snow level to drop to 1,500 feet. Monday, they revised their estimate – though without specific detail – pointing to the possibility that the snow level could fall lower.

Two key routes to Southern California from the San Joaquin Valley are closed.

The Grapevine stretch of Interstate 5 is currently closed, Caltrans District 6 reported on Monday morning, owing to snowpack on the roadway.

They have no estimated time of reopening.

Highway 58, which connects Bakersfield to the Mojave desert and connector Highway 14 into Southern California, is similarly closed due to ice and snow on the roadway making for unsafe conditions.

The lone remaining viable route between the Valley floor and Southern California is via Highway 101.