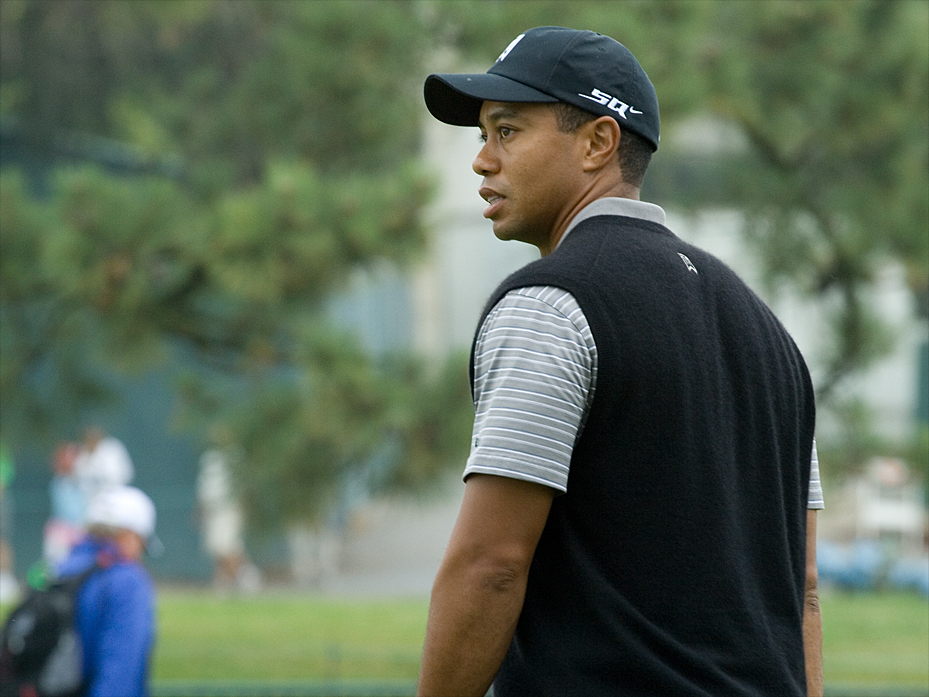 Excessive speed was the primary cause of a violent crash in the Palos Verdes area that left golfer Tiger Woods with severe injuries in February, Los Angeles County Sheriff Alex Villanueva said during a news conference Wednesday.

Woods’ SUV was traveling between 84 and 87 mph, “nearly twice the posted speed limit” when it struck a raised median, Villanueva said.

The vehicle was still traveling at about 75 mph as it then careened into a nearby tree in the area of Hawthorne Boulevard and Blackhorse Road.

Sheriff’s Capt. James Powers said there was no evidence that the golfer braked throughout the wreck and that it’s believed Woods inadvertently hit the accelerator instead of the brake pedal.

The stretch of road is known for wrecks and drivers hitting speeds so high that there is an emergency exit for runaway vehicles just beyond where Woods crashed.

The 45-year-old was left with multiple broken bones in his leg following the crash. Screws and pins had to be used for some of Woods’ ankle and foot injuries, doctors said following the lengthy surgery at Harbor-UCLA Medical Center.

There was no evidence of impairment or intoxication, an official said during Wednesday’s news conference. The finding is consistent with what officials stated at an earlier point in the investigation, in which Villanueva described the crash as “purely an accident.”

Villanueva faced criticism at that time for labeling the crash an accident before the investigation had concluded.

Documents show that Woods told deputies he did not know how the crash occurred and did not remember driving. At the time of the wreck, Woods was recovering from a fifth back surgery, which took place two months earlier.

Detectives also did not seek search warrants for the athlete’s blood samples, which could have been screened for drugs or alcohol, or his cellphone. Sheriff’s officials said Woods told deputies that he had not ingested medication or alcohol before the crash.