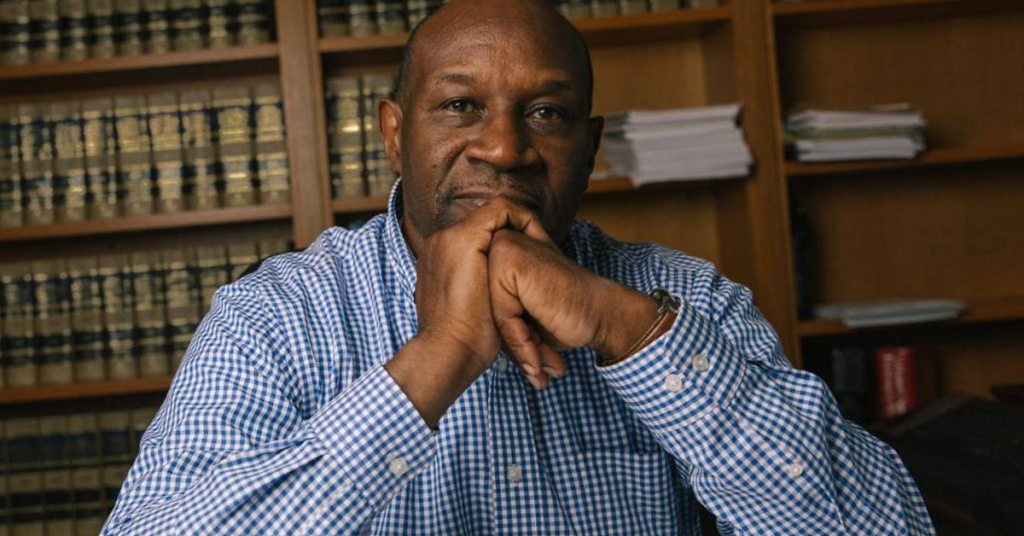 “Judge Martin Jenkins is both a product and a protector of the California dream,” Newsom said.

If confirmed, Jenkins, 66, will be the third Black individual and the first openly gay justice in the court’s history. Newsom noted that it has been 29 years since a Black man has served on the court.

“As a lawyer and a judge he’s built an irreproachable reputation as a person of fortitude and fairness,” Newsom said. “A man of inner strength, grace and compassion who knows that – despite what the Declaration says – life, liberty and the pursuit of happiness are not simply inalienable. They must be relentlessly protected and defended.”

“I can’t imagine that my parents could have imagined that I would stand in this place today, or that they could see that I would be a nominee to the California Supreme Court,” Jenkins said.

Jenkins, a former NFL player, graduated from the University of San Francisco School of Law in 1980 and worked for the Alameda County district attorney’s office and the U.S. Department of Justice before being appointed as a judge to the Alameda County Municipal Court by Gov. George Deukmejian in 1989.

Gov. Pete Wilson appointed Jenkins to the Alameda County Superior Court in 1992, and President Bill Clinton nominated him to the United States District Court for the Northern District of California.

In 2008, Gov. Arnold Schwarzenegger nominated Jenkins to the First District Court of Appeal, where he stayed until he retired in 2019, shortly before Newsom tapped him to serve as judicial appointment secretary.

“Somehow, we were able to lure him out of a well-deserved retirement at the beginning of my administration to serve as Judicial Appointments Secretary, where he has helped me elevate some of the most diverse and able legal minds ever assembled to the California bench,” Newsom said.

The Commission on Judicial Appointments will consider the nomination, and Newsom said he hopes to have Jenkins on the court as early as next month.

Justice Ming W. Chin – the first Chinese American justice on the court – is retiring, leaving a vacancy open for Jenkins to slide in. Chin was appointed in 1996 by Gov. Pete Wilson.

Newsom spoke to the fact that Jenkins is the third Black man and the first openly gay justice nominated.

“Trust me, as someone who understands first hand the role of the court in determining marriage equality to be a fundamental right, I can’t tell you how important it is to have someone on the bench who is a living, breathing example of the idea that love conquers all,” Newsom said.

Jenkins talked about how his identity as an openly gay man has shaped his life.

“Anyone who knows me knows my identity as a gay man has perhaps been the greatest challenge of my life,” Jenkins said. “I’m here because of the struggle. It has deepened my character, afforded me sensibilities about the world and about people who are not so willing to accept that people can love differently than thay do.

“I want these young people to know that authenticity is the greatest gift you can give yourself, and in doing so, people see you. I want to thank you Gov. Newsom for seeing me.”