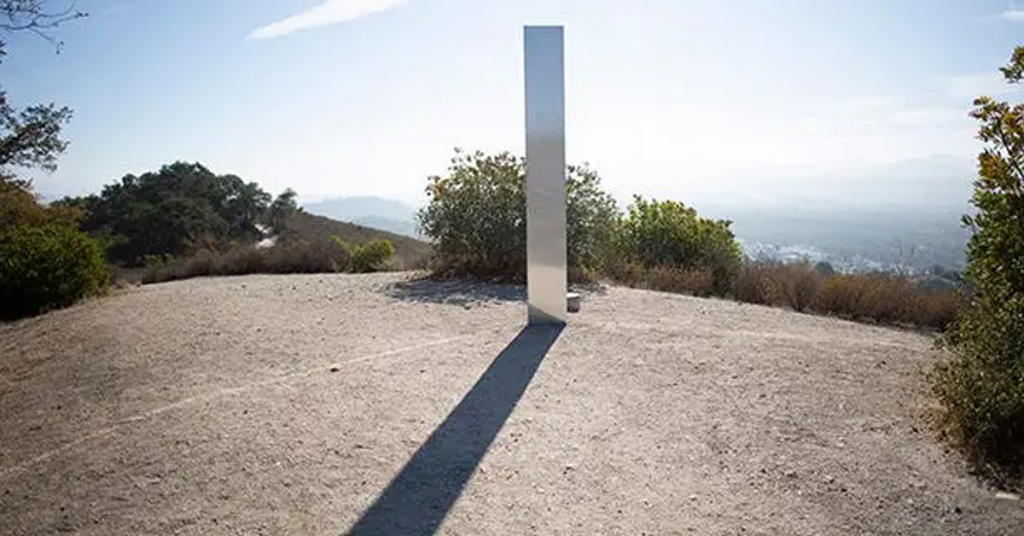 Another mysterious metal monolith has appeared in the United States, this time atop a mountain in California, a week after a similar structure was discovered in the deserts of Utah.

The structure was spotted on Wednesday outside the small town of Atascadero, San Luis Obispo County, along the central coast of California.

According to local newspaper Atascadero News, the monolith was spotted on Wednesday at the top of Pine Mountain. Several people have already rushed to the site to see the mysterious structure and take photos with it.

The report said the structure appeared to be made of stainless steel, 10-feet tall and 18 inches wide and weighing about 200 pounds.

Here’s more from The Independent.