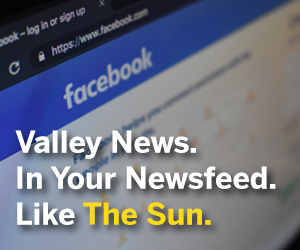 After failing to get through the legislature last year, Gavin’s Law is once again working its way through the California Assembly.

Assemblyman Jim Patterson (R–Fresno) initially introduced Assembly Bill 582 in 2019, but it failed to make it out of the Senate Public Safety Committee after it was passed by the Assembly.

Patterson brought the bill back in February, and it took a step forward on Tuesday when it was passed by the Assembly Public Safety Committee. The Assembly Appropriations Committee will hear the bill sometime over the next few weeks.

Gavin’s Law will increase penalties for hit-and-run accidents that result in death from four years to six.

One concern of Patterson and Gavin’s Law supporters is that DUI drivers who leave the scene have time to sober up before being caught and avoid a 15-year sentence for felony DUI charges. AB 582 would slightly close the gap in penalties.

The law is named after former Clovis Unified vice principal Gavin Gladding who was killed in a hit-and-run accident on Sep. 16, 2018 while on an early-morning jog on Friant Road.

Then 18-year-old Rogelio Alvarez Maravilla hit Gladding with his truck and fled the scene. He turned himself in five days later.

Maravilla was sentenced to three years in prison and was released after 13 months.

Gladding’s wife Susan gave an impassioned testimony to the Assembly Public Safety Committee in the first go-around in 2019, which pushed many opposing Democrats to support the bill.

On Tuesday, Gladding’s mother Rita testified to the committee, as well as Mike Osegueda, a former longtime sports writer for Yahoo Sports who goes by Mike Oz and lives in the Fresno area.

Osegueda’s sister Courtney was killed in a hit-and-run crash in Oakland in February. The Oakland Police Department have identified the driver but have not made an arrest yet.

“She was walking out of work on the way to her car – something she and other people do every single day not knowing it would be the last thing that she did,” Osegueda said during his testimony. “A speeding driver crossed into the wrong lane and hit my sister so hard that she came out of her shoes, and she was left there to die.

Osegueda took issue with the fact that under current law, the maximum punishment the suspect will receive is four years behind bars.

“Is that fair for my sister’s life? Is that fair for our family’s grief, for my niece that now has to live without a mother? This is an instance where the scales of justice just seem out of whack, and Gavin’s Law helps fix that. It puts a harsher penalty on hit and run drivers who commit these terrible crimes and don’t even have the decency to stop and care for the people they’ve injured.”

In a conversation with The Sun, Osegueda was happy that the bill passed through the committee.

“I’m just happy that we could lend our voice to the Gavin’s Law effort, which on its own I think is a good idea and a good effort by the Gladding Family and Patterson,” Osegueda said. “WHen they asked us to help, I think it was a no brainer for our family because we know first hand how devastating it can be. It was my pleasure to go and help, and on our end I just hope that my sister’s death, which was 100 percent a senseless thing, hopefully something good can come from it.”

Because the suspect has not yet been arrested, Osegueda is unsure if Gavin’s Law will even apply to this case.

“Regardless of our situation, that just seems logically like something that would make sense. You don’t want to give somebody a road to an easier sentence if they were intoxicated,” Osequeda said. “And then on our end, I was just amazed when we found out the maximum sentence for that kind of thing was four years.

“I was flabbergasted. That just didn’t seem right. From my perspective, given the information I have right now, it’s simply about does the punishment fit the crime, and I would think in our end – at least in my sister’s case – no. It was obviously selfish and horrible. To leave the scene of the crime and leave someone there to die, how low could you go? So I think that something like that, it’s not an accident. This was a crime. I think it should be treated as such.”

Osegueda said his 7-year-old niece is handling the death of her mother as well as can be expected.