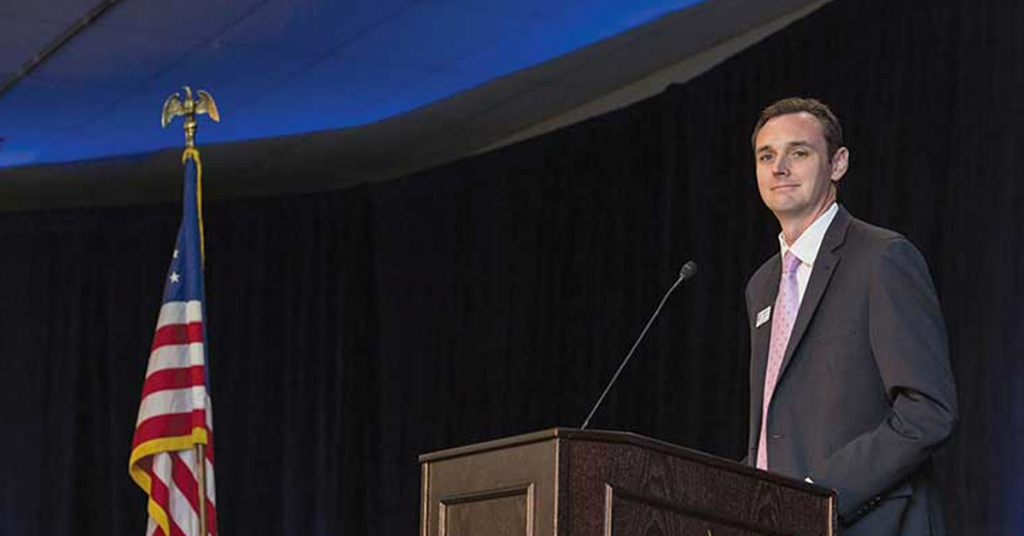 The Fresno Chamber of Commerce is seeing a surprising shake-up at the top of its management, announcing Monday morning that five-year chief executive Nathan Ahle resigned from his post.

Ahle, who took the helm of the Fresno business advocacy group in 2016 after a stint as the government affairs chief for its Bakersfield-based counterpart, led the Chamber through a transition from longtime CEO Al Smith.

Replacing Ahle in the interim will be Scott Miller, owner of Gazebo Gardens. No long-term replacement has been named.

Ahle’s exit comes shortly after a rotation of leadership on the Chamber’s Board of Directors. Attorney Ian Wieland handed over the gavel of the Chamber’s board to Joe Denham, a top executive at staffing agency Denham Resources.

“This organization has a bright future ahead with dedicated volunteers and an incredibly hard-working staff,” Ahle said in a statement. “I have no doubt that the Chamber will continue to be the leading organization in Fresno’s business community for generations to come.”

During his tenure, Ahle modernized the Chamber into a robust political outfit with a reputation of strong influence within Fresno City Hall and with local legislative leaders.

The Chamber also became considerably more involved in political affairs, serving as a major backer in the last two Mayoral contests within the City of Fresno and a number of City Council races, with its imprimatur often having considerable sway.

The Chamber also served as a mediator of sorts during the 2018 war of words between now-former Mayor Lee Brand and former Mayor Ashley Swearengin over the feasibility of a 30-year parks tax.

As talks between the two Mayors failed to yield a compromise, the Chamber joined Brand in opposing Measure P – the resulting 30-year, three-quarters-of-a-cent sales tax.

52 percent of Fresno voters supported the measure, initially indicating a defeat of the special tax. However, a Fresno appeals court recently ruled the measure was duly approved with that threshold of support.

In an interview with GV Wire, Ahle suggested that the Chamber was changing course with a focus on revenue development as opposed to ever-present policy work.