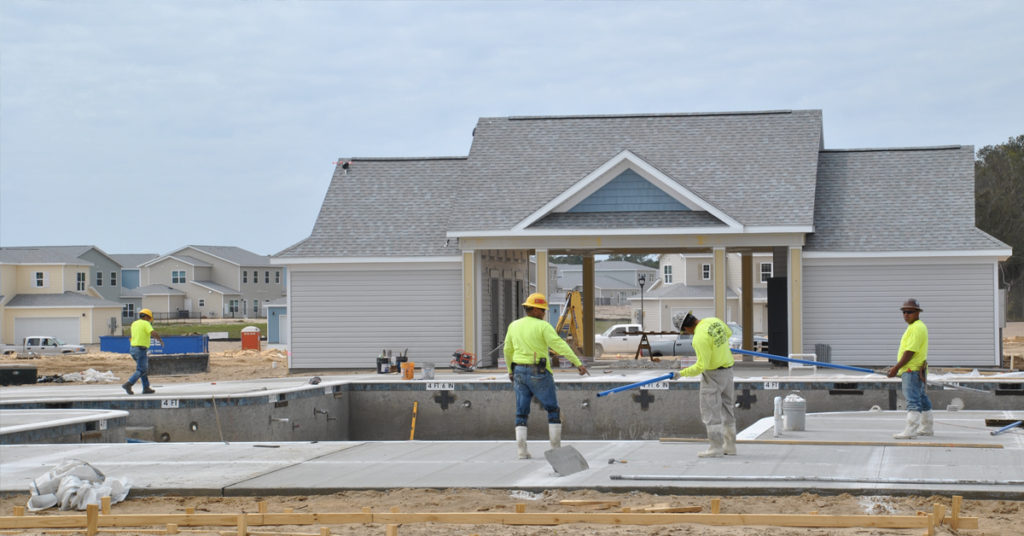 What, exactly, will Fresno’s future landscape look like? Now is as good of time as any to start placing bets.

Thursday morning, the Fresno City Council took its first step toward ending a 17-year tax sharing agreement with the County of Fresno over developments brought into the city limits via the annexation process.

But, on a much larger scale, it raises the specter of how Fresno County – one of California’s final metropolitan frontiers – will grow and who will make it happen.

A question of perceived fairness

The City Council’s approved resolution details the principal grievance from the perspective of City Hall: the City receives 38 cents of every property tax dollar on new properties annexed from the County, but provides an estimated 62 percent of the services for those properties.

Fresno’s City Council was treated by a special appearance from Jean Rousseau, the County of Fresno’s chief administrative officer.

Fresno City Council President Miguel Arias did little to hide his displeasure with the current financial arrangement – welcoming Rousseau for an intergovernmental “roast” and asking if he had a “big bag of money” for City coffers.

Rousseau provided some context to the tax pact, noting that the City’s 38 percent share of property taxes in annexed developments has remained in place for three decades – an additional 13 years before the current deal was incepted.

While City of Fresno leaders view the variety of services provided to new development as a money loser for the benefits in tax revenue, County leaders argue that they carry more than enough water for the City.

Underlying the tug-of-war on the governmental cost-benefit analysis is the City of Fresno’s unique position within Fresno County.

The City of Fresno’s population equates to slightly more than 53 percent of the total population of its county.

The sizeable share of population, compared to the remaining cities in Fresno County, has led to outsized impacts on County services and County leaders argue that the City of Fresno’s share of use of its services – across a bevy of departments – far exceeds its share of total population.

With a dose of prescience, Rousseau cautioned Fresno’s City Council members that blowing up the tax-sharing agreement could easily devolve into a full-blown City-County war of by decades.

“The City-County relationship is as good as its been in a while,” he said. “And we don’t want to put that in jeopardy.”

What are the paths forward?

There are three alternatives available for the City of Fresno with regards to future development beyond its current footprint.

The Do-Nothing Path: Allow the current tax sharing pact to expire at the end of August.

As Fresno City Attorney Doug Sloan noted during Thursday’s discussion, the upcoming expiration of the 2003 tax sharing agreement between the City and County of Fresno means that annexations can only progress once the two sides strike an agreement on tax sharing on each individual annexation, as the master agreement is no longer in force.

Failure to come to tax terms over a particular development would send Fresno City and County to arbitration and – potentially – to court.

Depending on the nastiness of litigation, annexations for commercial, industrial, and – perhaps most importantly – residential development could, at worst, cease for the City of Fresno.

This would have serious consequences for Fresno’s long-term strategic planning.

They sought $30 million in coronavirus aid funding to sprinkle across southeast and southwest Fresno in the form of economic renewal projects.

The laundry list of items, too voluminous for the $30 million, pointed toward more action to expand development the Southeast Growth Area (SEGA) and the West Area of Fresno beyond Highway 99.

Failing to maintain a tax sharing agreement for routine annexation not only puts those two regions of would-be Fresno territory in doubt, but could open the door for cities like Clovis or Sanger (in the case of SEGA) to assume expansion.

The County Takeover Path: Fresno County gets in the development business

During his comments, Rousseau made specific point that the County of Fresno was more than happy to support development across its various cities.

“We have not contested any annexations at [the Local Agency Formation Commission] during my tenure,” he said. “And we will not moving forward.”

But he emphasized a key purpose of the current tax sharing agreement is to empower cities to take on the role of shaping communities and spearheading development.

“We measure success in the county in terms of how much business and growth we push into the cities, because we have little to no growth in the county,” Rousseau said.

“The agreement cements the city’s ability to grow. And the County is, essentially, out of the development business.”

However, in a worst-case scenario, things may not stay that way.

Failure to come to a long-term deal on tax sharing with the City of Fresno may result in the County deciding to go-it-alone and begin providing key services – such as water and sewage services – and allowing development wherein the County of Fresno can recoup 100 percent of property tax revenue.

The Renegotiation Path: Renegotiate a new tax sharing pact before or after the August expiration of the 2003 deal, with more favorable terms for the City.

Based on Thursday’s vote, this is the likeliest path moving forward – albeit one likely dependent upon a unified negotiating position.

Seeking a larger piece of the tax revenue pie is clearly a constant both among members of the Fresno City Council – with Arias being the loudest proponent – and Mayor Lee Brand.

“I’m all for development that pays for itself, but over the years we’ve paid for it at a price at the City of Fresno,” Brand said in comments on Thursday. “So we need to get this thing going. We can’t continue status quo.”

However, the ultimate question resides in how much will wind up being enough to mollify Fresno’s City Council, Mayor, and the County’s Board of Supervisors.

Failure to find the sweet spot may result in the other paths described above.

For Rousseau, negotiations will prove an opportune time to reset expectations on a bevy of development issues beyond the share of tax revenues that, for three years, have remained concealed.

“The City really needs to think about what do you want?” he asked.